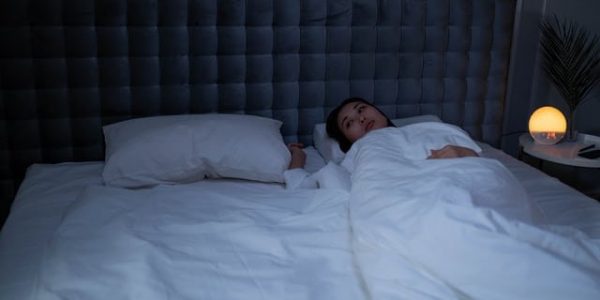 Most people know experiencing anxiety before bedtime is a sworn enemy to sleep. However, recent research shows that our thoughts throughout the day can also determine if we’ll be tossing and turning restlessly at night.

Everyone can guess that insomnia (or the inability to fall and stay asleep, is the first sleeping disorder that results from these thinking habits.

Unfortunately, most people aren’t even aware of their anxious thoughts during the day, let alone seek help to eliminate them, according to an article published in Psychiatric Times.

Instead, what we usually try to fix are the consequences of these thoughts, like drowsiness, fatigue, poor concentration, irritability, low energy, etc. All these are effects of sleep deprivation and low-quality sleep.

In the abovementioned research study which included 459 participants, the focus was placed on the effects of two negative thought patterns that usually co-occur—worrying and rumination.

The patients’ self-reports have shown that both of these lead to symptoms correlated with insufficient sleep, like drowsiness, emotional outbursts, lack of motivation, and concentration.

However, what the study revealed is that the cognitive process of rumination was more associated with increased sleep latency and decreased sleep efficiency.

On the other hand, those who worried during the day had a bigger risk of having sleep disturbances. More precisely, it made patients more susceptible to awakening after sleep, REM phase reduction, and overall shorter and poorer sleep.

Although having these thoughts frequently during the day doesn’t necessarily imply a psychiatric condition, this thinking pattern puts us at a higher risk of developing one.

The proposed measures to deal with negative thoughts during the day include practicing CBT, or Cognitive Behavioral Treatment, which, experts say, should be the primary treatment.

Complementary to this, people struggling with anxiety can take natural sleep aids such as sleep-boosting vitamins, or calming CBD oil that will help them fall and stay asleep regardless of the daily ups and downs.