California Delays School Start Times for the Sake of Sleep 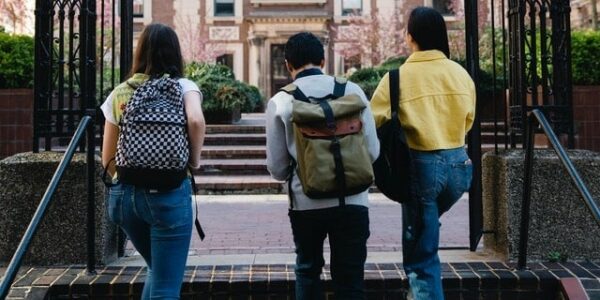 This July might go down in history as the beginning of what could become a nationwide public high school reform — namely, a half-hour delay in school starting times!

As of this fall, Californian high schoolers will be checking in at 8:30 AM sharp instead of the usual 8:00 AM, culminating in an additional two and a half hours of sleep each week.

As a result, state schools will finally be in line with the official American Academy of Pediatrics (AAP) recommendations. Since 2014, experts have advised against high and middle schools starting earlier than 8:30 AM.

According to a recent study, both middle and high school students can benefit from later school starting times and feel significantly less tired, even two years post-change.

Although widely ignored, the reason is simple: there’s a natural “delay” in the circadian rhythm during adolescence. In other words, teenagers tend to go to bed and wake up later.

Hence, the extra snooze time is expected to bring some relief to adolescents who struggle to align their shifting body clock with their school schedule.

Not only is this new law expected to counter sleep deprivation but also lower substance abuse and mental health issues.

And seeing how sleep deprivation leads to obesity, anxiety, and depression, this new law could well be the break people were looking for.

A pre-pandemic (2019) statistic shows that merely 22% of American high school students were getting eight hours of sleep per school night. Yet, this is the bare minimum teens need to stay healthy and perform well at school.

New York and New Jersey have already drafted bills to implement this change and are pending approval. Hopefully, more states will follow suit!