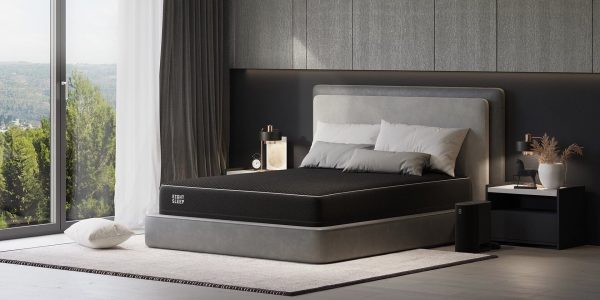 Eight Sleep, the first-ever sleep fitness company in the world, has recently reported collecting $86 million in the Series C rounds. This brings its total valuation to almost $500 million, according to Fortune.

The brand founded in 2014 profited from high-tech-loving investors such as Valor Equity Partners, which is known to have invested in other tech companies, including Tesla and its SpaceX.

Other ventures, like SoftBank, Khosla Ventures, Founders Fund, and General Catalyst, also loved the idea of a smart mattress and backed Eight Sleep with funding.

But, what’s so special about Eight Sleep’s mattresses?

These mattresses have a thermoregulation system that operates following information on the room temperature, weather forecast, and humidity. The mattress will heat up or cool to keep optimal custom temperatures for two sleepers independently.

They also feature a wake-up alarm that rouses the user from sleep with vibrations and a gradual temperature change for a more gentle getting out of bed.

But to what extent will the machine learning technique, sensors, and software be able to help us get better sleep? Eight Sleep says its mattresses make users doze off faster and sleep more profoundly and more calmly. Plus, its memory foam filling eases pressure points.

For now, these high-tech mattresses are a resounding success among athletes. About 100 professionals use them, including big names like Alex Rodriguez, Kris Bryant, and J.D. Martinez.

According to company officials, the funds raised will be spent to rack up the production, upgrade the technology, and expand to European and UK markets.