How Does Alcohol Consumption Affect Our Slumber? 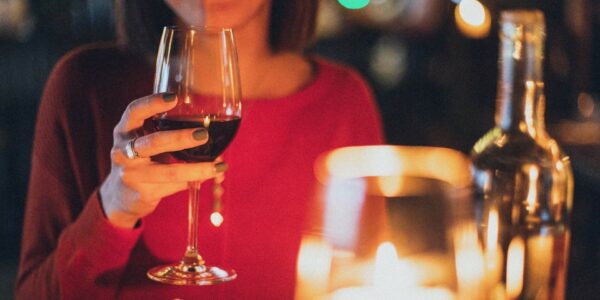 Those of us who are used to having a drink every now and then are likely aware of the calming effect it can have, especially before bedtime. However, that’s far from saying that alcohol is beneficial for sleep. It’s quite the contrary, as experts tell us.

Though alcohol consumption might enable us to spend part of the night sound asleep thanks to its sedating properties, we shouldn’t be oblivious of its stimulative side. When it comes to slumber, this inherent contrast makes the substance a double-edged sword.

Self-medicating with alcohol as a means of treating insomnia isn’t a rare occurrence, but it can negatively affect our sleep in several ways.

Firstly, it fragments sleep, especially during the second half of the night.

When consumed, alcohol impacts a neurotransmitter called GABA (Gamma-Aminobutyric acid). This acid inhibits nervous system activity, blocking impulses between neurons. Consequently, one is able to sleep calmly — but only for a limited period.

After the sedating effect wears off and the alcohol is further metabolized, sleep becomes fitful. The lower the alcohol levels, the more you’re waking up. Your slumber gets regularly interrupted, and even your dreams can grow more unpleasant or lucid.

Moreover, alcohol is a known diuretic, and as such, it may easily lead to more frequent urination, forcing you to get up in the middle of the night. Since it relaxes the muscles, possibly obstructing the upper airways, the substance might also aggravate snoring.

Note that an occasional couple of drinks won’t have long-lasting consequences on a person’s pre-established sleep pattern.

The real danger lies in the erroneous belief that regular alcohol consumption (even in moderation) is the solution to sleep deprivation and insomnia. So, in case you’re pouring that glass of wine to unwind before you hit the pillow, bear these effects in mind.