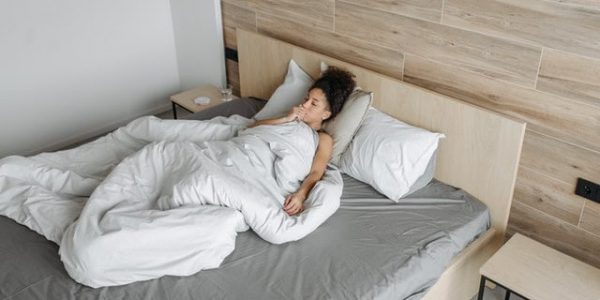 A Japanese scientific team found what makes asthma worse at night, and you’re not going to like it. It’s melatonin—the so-called sleep hormone that we all have. Some people even take it as a supplement in order to improve their slumber.

In healthy individuals, melatonin supplements offer a side-effect-free way to relax and doze-off. However, those suffering from asthma can’t say the same thing.

Namely, research led by Kentaro Mizuta and published in the American Journal of Physiology—Lung Cellular and Molecular Biology shows that melatonin promotes bronchoconstriction during the night.

Bronchoconstriction is actually the tightening of the smooth muscles around our airways. It is a highly discomforting and dangerous asthma symptom which can lead to emergency hospitalization.

In the US, approximately 9.8 million visits to a doctor’s office annually are due to asthma. About 75% of these people suffer from nocturnal symptoms severe enough to wake them up at least once per week, while about 40% of asthma sufferers experience asthma symptoms every night.

Unsurprisingly, this makes asthmatics far more prone to sleep deprivation, and even more so if we bear in mind that one of the supplements used to ease it (melatonin) can aggravate the respiratory condition.

This naturally occurring hormone in the human body triggers a state of sleepiness. Although it’s released into our body when it’s dark, the amount released depends on how much light we get during the day (light exposure).

In short, melatonin helps regulate sleep, but it was also found to have adverse effects on symptoms of asthma. What’s more, the research discovered that this hormone weakened the effectiveness of sprays for bronchodilatation—one of the treatments for asthma attacks.

Just a month ago scientists showed that circadian rhythm is behind the worsened asthma at night. Still, until recently, they weren’t sure what causes it, although the hormone was kept in consideration as a potential culprit.