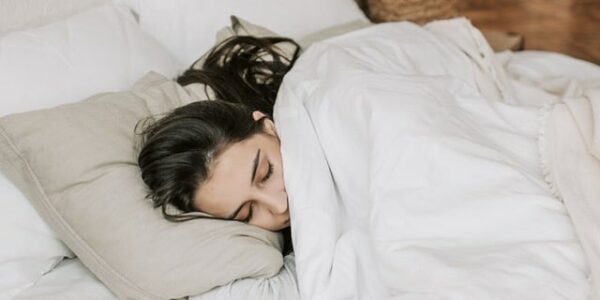 It’s practically impossible to find a grown-up who hasn’t at least once in their life experienced issues with sleep. We can see just how frequent such problems are if we recall that almost 40 million Americans suffer from chronic insomnia.

Deep sleep is especially important due to its restorative effects on our brain, among other positive sides. However, this specific phase of sleep grows ever shorter as we age and loses its depth due to the decrease of slow waves which characterize deep sleep.

Research has shown it’s possible to affect slow waves through auditory stimuli. Exposing sleepers to specific sounds played through headphones in predetermined, precisely calculated time patterns can trigger an increase in the occurrence of slow waves.

This discovery has led to the creation of a sleep-improvement mobile system that can be used repeatedly. A team of ETH Zurich researchers invented SleepLoop — an at-home wearable device that promotes deep sleep that can be used safely in different life stages.

Besides sleep disorders and overall brain functioning, the system was also designed to provide insight into specifics such as brain trauma, depression, epilepsy, Parkinson’s, etc.

The first clinical study (which can be found in the journal Communications Medicine) included participants aged between 62 and 78. They were all required to wear the device at home for four weeks, the first two weeks of which were accompanied by auditory stimulation.

The results showed that slow waves were successfully increased, and deep sleep was enhanced in most of the participants. Moreover, all of them were highly satisfied with the level of SleepLoop’s user-friendliness, and data loss was minimal.

Hopefully, upon further polishing and improvements, the device will soon be ready for market launching. However, potential users should bear in mind the SleepLoop system will most likely be available with a doctor’s prescription.