Up to 40% of People Exposed to Artificial Light During Sleep 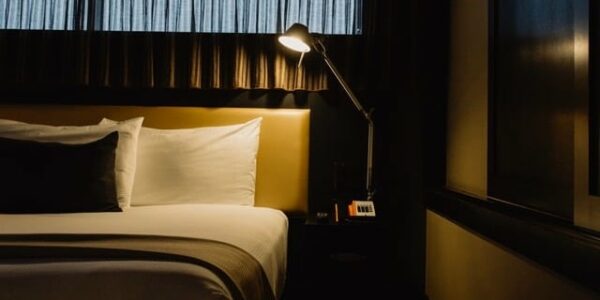 When we leave our TV on before slumber, we‘re not aware of what we‘re actually doing to our bodies. According to a recently published Northwestern University study, the effects of this seemingly harmless decision can be quite adverse.

It‘s common knowledge that natural light helps navigate our circadian rhythm by signaling the brain when it‘s time to rest and wake. During the day, our heart rate increases, and we remain in high-alert mode so we can dedicate ourselves to everyday activities.

However, it turns out that exposure to artificial light at night can have similar consequences — even in healthy adults. So, although a person is asleep, the light prevents the parasympathetic nervous system from dominating the sympathetic one.

To shed more light on the matter, the study included 20 young adults who spent two nights in a sleep lab with controlled levels of lighting. The participants were exposed to dim light on the first night (<3 lx) and moderate light on the second (100 lx).

The results clearly showed that moderate lighting during bedtime keeps the autonomous system activated during sleep, so the brain basically remains in a state of alert. This leads to an increased heart rate and increased insulin resistance the next day.

The researchers also made another interesting observation. The participants actually spent more time in the restorative sleep phases (slow wave and REM) when they were exposed to dim light as opposed to the moderate amount.

We could speculate that leaving a bedside lamp on every once in a while isn‘t particularly harmful. Still, it should definitely be avoided because it could grow into a habit.

For example, the researchers pointed out that up to 40% of people are exposed to artificial light during sleep, which is quite astonishing. Regular nighttime exposure to artificial light could pave the way for cardiovascular issues, diabetes, obesity, and other related problems.

Studies such as this one stress the importance of creating the right kind of sleep environment. However banal it may sound, this task plays a huge role in maintaining proper sleep hygiene and allowing the body to properly recover from the strain it endures on a daily basis.

To prevent light from interfering with your sleep, experts recommend using an eye mask, switching off electronic devices or removing them from the bedroom, keeping all the lights off, and installing blackout shades.