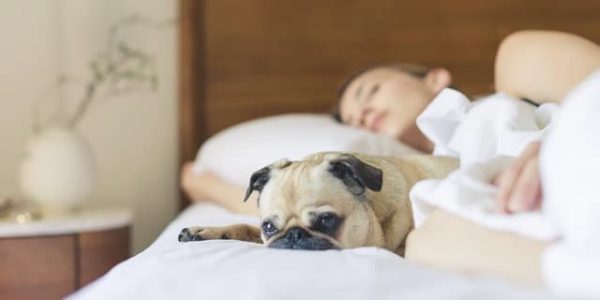 New research identified the “Dreamer” sleeping position as the best one for pain-free joints and muscles. However, a subsequent YouGov poll shows that 82% of Brits are not practicing it.

In fact, only about 18% of the surveyed 2,000 adults in the UK said they preferred to sleep on their side, with their arms stretched in front of them and legs bent in the knees, in other words, in the dreamer position.

The research conducted by medical specialists on the request of the brand Levitex concludes that only this sleeping position allows for the best spinal alignment and support to the neck, spine, and hips.

Moreover, according to Dr. Ilan Lieberman, all other positions impose strain and pressure on one part of your body during sleep, allowing chronic pain to set in. This unhealthy manner of sleeping is what causes stiffness and pain.

Interestingly, another scientific article on sleeping postures published in the BMJ reached the same conclusion 20 years in advance. It discusses instinctive sleeping and resting postures of people around the world, and concludes that Westerners tend to sleep in unfavorable positions.

In it, the author, a worldwide traveler and physiotherapist Michael Tetley shares his observations based on 14 expeditions and his experience growing up in Nairobi. He learned that certain sleeping positions don’t cause any musculoskeletal issues across nations and ethnicities.

Among these positions, Tetley states the best one is when the sleeper is on the floor or a hard surface, on his side, resting his face on the crook of the arm, one leg over the other, and head resting on the bend of the elbow. The evidence was based upon his contact with different peoples, including pre-industrial societies and remote tribes.

So, if you haven’t reconsidered your favorite sleeping positions, perhaps it’s time for that. If you’re regularly experiencing discomfort during sleep, back pain, or even have trouble falling asleep, this particular aspect might just be the reason behind it.