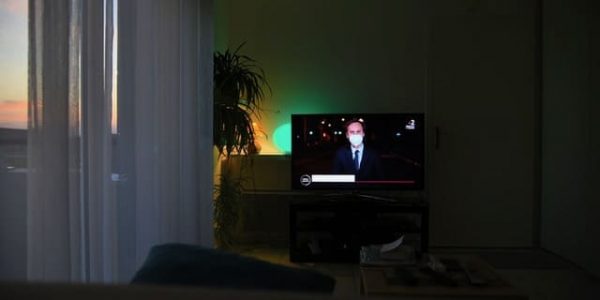 Have you ever fallen asleep with your TV on, only to wake up cranky the morning after? A new study shows there’s a good reason behind it—our brain gets activated by the presence of unfamiliar voices.

For most of the time during sleep (except the REM phase), our brain continues to monitor our surroundings so that we’re never completely shut off. This was also confirmed by a neuroscientific study conducted at the University of Salzburg, Austria.

The study involved 17 people who were exposed to voice recordings while they slept. The tapes contained both familiar and unfamiliar voices relative to the participants, softly uttering the name of the subject and two other random names.

The Austrian scientists discovered that the brain is more reactive to unfamiliar voices in the first sleep stages or non-rapid-eye-movement sleep (NREM). Moreover, based on the brain activity oscillations recorded, they concluded several other things.

Firstly, our brains can instantly distinguish between a familiar and an unfamiliar voice even while we’re asleep.

Also, specifically shaped brainwaves called K-complexes were detected when participants heard the recording. Their role is to process information without waking us up. K-complexes were more frequent and caused a more pronounced brain activity response with unfamiliar voices.

All this suggests that our brains have retained the ability to scan the environment for danger, probably, as a relic from prehistoric times.

So, besides your using sleep-inducing essential oils, anti-snoring devices and other sleep aids you might be relying on, try to keep your ears shielded from unfamiliar voices if you want uninterrupted, invigorating sleep.