Allergies are among the most common chronic conditions in the world. Simply put, an allergic reaction occurs when our immune system confuses a harmless substance with an invader. Its overreaction to an allergen can result in a wide range of symptoms, from mild but annoying to life-threatening. Although allergies can’t be cured, there are numerous preventative and treatment measures, including some natural remedies.

So let’s dive into the world of allergies. Among other things, you’ll learn what type of allergens exist, how many people suffer from allergies, and how deadly allergies can be. Prepare to be shocked!

The 8 Most Surprising Allergy Statistics

You can find much more stats in the infographic below.

According to the CDC’s allergy facts, allergies are the sixth leading cause of chronic illness in the US. Hay fever, asthma, and eczema are among the most prevalent allergic diseases.

The number of people suffering from allergies is on the rise, with hay fever being the most prevalent allergic disease.

3. Children whose parents suffer from allergies are more likely to develop an allergy.

4. 10% to 30% of the world population suffers from allergic rhinitis.

In addition, hay fever affects up to 40% of children in the world. Unfortunately, this number has been rising in the last few years, which may be a serious problem since allergic rhinitis can lead to asthma. According to the World Health Organization’s allergy statistics, this is a worldwide problem, since there are 400 million people with hay fever and 300 million with asthma.

Hay fever doesn’t have anything to do with either hay or fever. This is a common name for allergic rhinitis, a condition caused by sensitivity to pollen, dust mites, pet hair or dander, or mold. Some of its symptoms include sneezing, stuffy or runny nose, itchy eyes, and fatigue.

6. Immunotherapy for hay fever is effective in 85% of the cases.

Allergic rhinitis can be seasonal and perennial. According to seasonal allergy statistics, from 1995 to 2015, the ragweed pollen season in the US increased from 1 to 3.5 weeks. Besides avoiding allergens, people with hay fever can consider allergy shots because immunotherapy can reduce the symptoms of allergic rhinitis.

According to the WHO, allergic rhinitis is among the major chronic respiratory diseases in the world.

These include milk, eggs, peanuts, tree nuts, soy, wheat, fish, and shellfish. Walnuts, almonds, and pistachios are just some types of tree nuts. However, over 170 foods have been associated with allergic reactions.

And based on peanut allergy statistics, 0.6%–1.3% of Americans are allergic to peanuts, which are also one of the most prevalent food allergies.

11. About a third of children with a food allergy is bullied.

Kids who suffer from a food allergy are twice as likely to be bullied as children without an allergy.

According to a US study, about 38% of children suffering from a food allergy have had a severe reaction. Among kids, peanuts cause most food-based allergic reactions. They’re followed by milk and shellfish. Milk allergy statistics show that around 21% of children with food allergies are allergic to this type of food.

13. There are 200,000 visits to the emergency room every year due to food allergies.

Anaphylaxis is the major reason people with food allergies get hospitalized.

(Asthma and Allergy Foundation of America)

14. Teenagers and young adults are at a higher risk of fatal anaphylaxis than other age groups with food allergies.

15. About 10% of the world’s population may experience adverse drug reactions (ADR).

The antibiotics most commonly associated with drug hypersensitivity reactions (DHR) include penicillins, cephalosporins, and sulfonamides.

16. About 20% of fatalities caused by anaphylaxis can be associated with DHR.

Drug hypersensitivity reactions can affect various organs and range from mild to severe. According to allergy statistics in the worldwide population from 2018, 23%–35% of people claimed to have an antibiotic allergy.

17. About 10% of people are allergic to penicillin.

However, most of them aren’t truly allergic to this antibiotic. What’s more, the majority of them will probably lose their allergy over time.

18. 5% of people suffer from an insect allergy.

Although this allergy can’t be cured, venom immunotherapy is effective for preventing severe reactions to insect stings.

19. 90 to 100 Americans die every year due to anaphylaxis caused by insect stings.

According to the statistics related to an insect sting allergy, about 0.4% to 0.8% of children and 3% of adults experience life-threatening reactions because of insect stings.

20. About 50% of fatalities due to an insect allergy occur in people who haven’t had a previously documented, systemic reaction.

Wasps and hornets are among the species that most frequently cause anaphylaxis.

Health care workers are more likely to develop this type of allergy than other people.

(Asthma and Allergy Foundation of America)

According to the CDC allergy statistics from 2017, children aged 0–4 years are the most prone to skin allergies.

The airways of people who suffer from this chronic disease are always inflamed. In the case of allergic asthma, symptoms occur when allergens, such as dust mites, pollen, or mold, are inhaled. This is the most common type of asthma.

Based on asthma statistics, 8.4% of children have asthma in the US, compared to 7.6% of US adults with this chronic disease.

25. 2 million people visit an emergency room because of asthma every year.

26. Hay fever has an adverse effect on sleep quality.

According to a French study, the more severe one’s allergic rhinitis is, the more impaired their sleep. Since nasal congestion is one of the symptoms of hay fever, allergies can increase the risk of snoring. Therefore, people with allergic rhinitis might benefit from using a snoring device. Although there’s a list of both the best and worst states for allergies, you don’t have to move just because of hay fever. Instead, make your bedroom allergy-free.

Since allergic rhinitis leads to a stuffy nose and enlarged tonsils and adenoids, it’s associated with an increased risk of developing OSAS. Therefore, it’s vital to treat hay fever appropriately to prevent sleep apnea or at least reduce its symptoms.

28. About 50% of study participants reported that allergies negatively affected their night’s sleep.

They had problems falling asleep, and nasal congestion and other allergy symptoms woke them up during the night. Only 17% of them were satisfied with their sleep quality. Therefore, allergies can clearly lead to sleep deprivation, which may be prevented by appropriate allergy treatment.

29. Allergies incur an annual cost of over $18 billion for the US.

Besides direct medical costs, allergies can be associated with indirect costs, which are commonly caused by absenteeism, lowered productivity, and premature deaths.

30. Caring for a child with a food allergy is costly.

According to research, the overall costs for US families amount to $25 billion a year. Based on the food allergy statistics from 2016, milk allergies were associated with the highest average cost compared to other food allergies. In addition to medical treatment and expensive allergy-free food, most parents often miss work or even have to give up work to care for their children.

Allergies are a chronic condition that negatively affects all aspects of a patient’s life, including the quality of their night’s rest. Unfortunately, as the allergy statistics indicate, the incidence of allergies is on the rise. Every year, there are more and more people suffering from hay fever. Additionally, an increasing number of children develop food allergies that stick around for a longer period of time than they had in the past.

Although there’s no cure for allergies, there are a number of effective treatments that can alleviate the symptoms. However, more research should be done to find ways for both preventing and treating allergies, which can sometimes even be life-threatening.

What percentage of the population has nut allergies?

Nuts are among the eight most common food allergens. Recent studies show that about 3.9 million Americans are allergic to tree nuts. In addition, about 6.1 million are allergic to peanuts.

What percentage of the population has seasonal allergies?

About 24.4 million Americans suffer from allergic rhinitis or hay fever. According to the latest data collected by the CDC, this type of allergy affects about 7.7% of the adult population (19.2 million) and 7.2% of children (5.2 million).

What is the rarest allergy?

Water allergy or aquagenic urticaria is one of the rarest types of allergies. Its symptoms include a rash, hives, and angioedema, which develop after contact with water. Aquagenic urticaria is very difficult to diagnose because it often co-occurs with other types of allergies. Also, not much is known about its treatment since there are fewer than a hundred case studies in the scientific literature.

How common are severe allergies?

The prevalence of allergies is constantly rising. Over 50 million people in the US experience different types of allergies every year, according to recent allergy statistics. Plus, they are one of the most common causes of chronic illness. 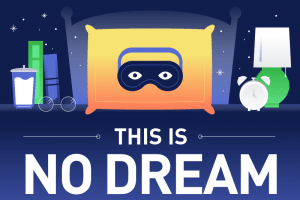 Along with proper nutrition and regular exercise sleep plays a major role in our health. With this... 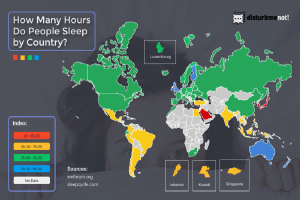 Residents of the most sleep deprived countries in the world sacrifice sleep to their to-do list. Let’s... 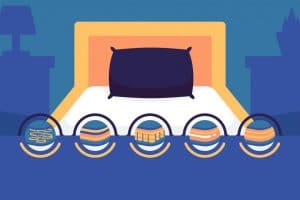 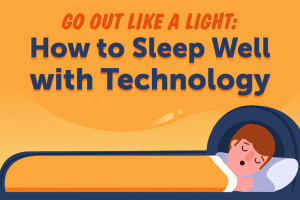 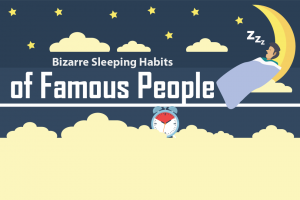