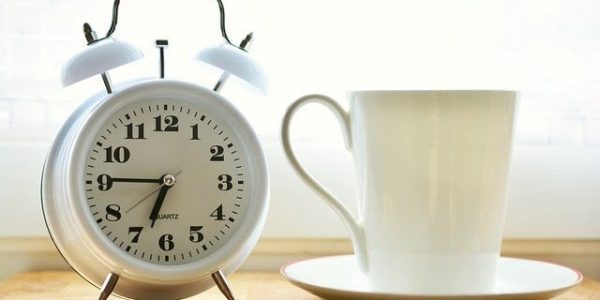 A newly published study in the JAMA Psychiatry journal reveals that an early sleeping schedule might lower the risk of developing clinical depression, also known as Major Depressive Disorder (MMD).

In it, the researchers at the University of Colorado Boulder, the Broad Institute of MIT, and Harvard University studied no less than 840,000 medical and genetic records of Europeans.

First, they evaluated more than 340 gene variants of the so-called “clock gene” and then compared the data with answers from sleep questionnaires and figures from portable sleep trackers.

What’s more, the results showed a clear connection between early rising and the reduced likelihood of developing depression.

In other words, if a person wakes up one hour earlier, the risk of MMD drops by 23%. Likewise, for those who woke up 2 hours earlier, the chances further decreased by an amazing 40%!

Needless to say, this is good news for around 300 million people around the world that suffer from clinical depression.

Nevertheless, researchers still don’t fully understand why this happens and whether the link is bidirectional.

If the answer is yes, this would mean that “early birds” are simply naturally blessed with a lower MMD incidence due to the overlapping of genes (internal clock vs depression).

Still, there’s yet another theory — the daylight hypothesis. This theory is based on a study that focuses on reduced daylight exposure and the effect it has on frequent mood disorders.

So, is it really that easy to escape the mad clutches of depression? Is going to bed and waking up earlier all there is to it?

Whatever the case, you should definitely give it a try! You can even use some life hacks to give yourself a head start, such as placing a timer on your adjustable bed.

The study also shows that a good sleeping schedule goes a long way! And the best part? It doesn’t even matter whether you sleep on a cheap mattress or a more luxurious one, the mental health benefits are there.