Depression is one of the most prevalent mental disorders. There’s a wide range of risk factors, both genetic and environmental, but there’s no strict rule to say who will suffer from it. Many people will experience a depressive episode in their lifetime. However, there’s still a stigma attached to mental disorders, and depression is no exception.

That’s why we decided to compile this comprehensive list of depression statistics. Hopefully, it will raise public awareness about this mental issue, especially since it can be successfully treated. We need to take care of our mental health the same way we do our physical health. And there’s no shame in asking for help when you need it.

Also, if you know someone who’s struggling with depression, you should encourage them to seek treatment. This can considerably improve their quality of life and help them realize that their life is worth living. 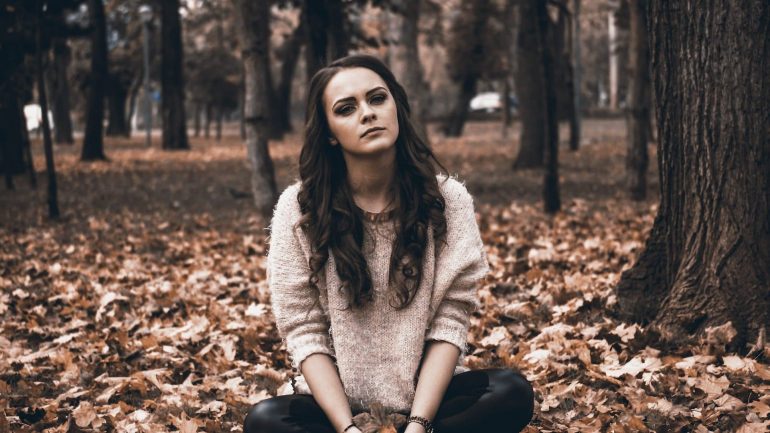 This widespread mental disorder can be a serious health condition that may interfere with all aspects of life. Therefore, it’s crucial to raise awareness of this problem and help people overcome the stigma commonly attached to it.

2. Depression is the leading cause of disability in the world.

However, it’s estimated that HIV/AIDS will push it to second place by 2030.

3. The US is third worldwide in relation to the overall burden of depression.

The WHO measures the overall burden of depression in terms of quality years of life lost due to disability or death. According to their data, China ranked number one, and India holds second place.

4. About 15% of adults will experience depression at least once in their lives.

Based on anxiety statistics, this is the most prevalent type of mental disorder in the US. However, depression doesn’t lag behind much.

6. About 17.3 million US adults experienced at least one major depressive episode in 2017.

Based on the depression statistics from 2017, this number accounted for 7.1% of the US adult population. According to the Diagnostic and Statistical Manual of Mental Disorders, a major depressive episode is defined as a period of at least two weeks when someone feels depressed or shows no interest in daily activities. This will be accompanied by other symptoms related to depression, such as sleep problems, lack of concentration, or low energy levels.

7. 5% of Americans suffer from seasonal depression.

8. 2.8% of Americans suffer from bipolar disorder.

Bipolar disorder, also known as manic-depressive disorder, is a type of depression that equally affects men and women. It’s characterized by unusual changes in mood and activity levels. As bipolar disorder statistics indicate, 83% of people with this mental disorder show severe symptoms.

9. Psychotic depression affects about 25% of patients who are hospitalized because of depression.

Psychotic depression is characterized by hallucinations, delusions, and paranoia. A psychotic episode will affect 1 in 13 people in the world before age 75.

10. About 1.5% of US adults suffer from persistent depressive disorder.

(Anxiety and Depression Association of America) 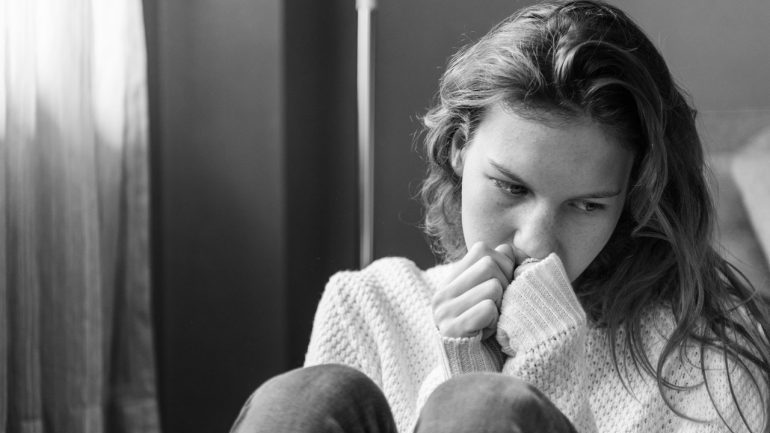 11. Women are more likely than men to suffer from depression.

In the period of 2013 to 2016, 10.4% of women had depression compared to 5.5% of men. Interestingly, the ratio of men and women with depression was similar in previous years as well.

12. About 50% of new mothers diagnosed with postpartum depression experienced some of the symptoms during pregnancy.

13. 10% to 15% of new mothers may experience postpartum depression within three months after giving birth.

14. Treatment for depression proved effective in up to 80% of the cases within 4–6 weeks.

The majority of patients who were treated for depression felt better within 4–6 weeks of starting their treatment. Their treatment included either medications, psychotherapy, attending support groups, or a combination of these. However, almost two-thirds of people with depression don’t get proper treatment.

15. Fewer than 50% of people with depression get adequate treatment.

Even though the depression facts and statistics show that this mental disorder can be effectively treated, many people around the world don’t get the right treatment. In some countries, only up to 10% of the people suffering from depression are adequately treated. Some of the reasons so many people go without treatment are lack of trained health care professionals, incorrect diagnoses, and the social stigma attached to mental illness.

According to mental health statistics, of those who did receive treatment, 6% of were treated with medication alone. 15% received care by a professional, and the treatment for 44% was a combination of the two.

17. The rate of relapse for psychotherapy is lower than it is for medications.

(The Efficacy and Effectiveness of Psychological Treatments)

18. 12.7% of Americans aged 12 and older took antidepressants in the past month.

According to the depression facts and stats for the 2011–2014 period, women were also twice as likely to take antidepressant medications as men. 16.5% of women took antidepressants in the past month compared with 8.6% of men. 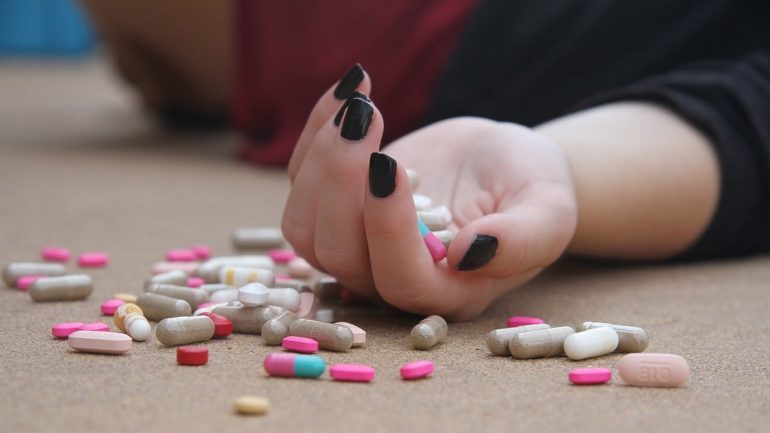 Depression is a serious mental disorder that can have serious consequences. It can even lead to suicide. It’s devastating that this is the second leading cause of death in young people aged 15–29, as we can see in the WHO’s depression and suicide statistics.

Based on the National Vital Statistics Report, suicide is the 10th leading cause of death in the United States. It accounted for 1.7% of total deaths in 2017.

It’s important to know that depression isn’t a normal part of the aging process. Although it can be easily recognized and treated, a number of older adults don’t get adequate treatment.

22. About 110 Americans commit suicide every day.

Additionally, the depression statistics over time have shown that about 3,500 Americans attempt to take their own life every day. Since depression is one of the leading causes of suicide, it’s vital that this mental disorder isn’t left untreated.

23. The median age at which people develop major depressive disorder is 32.5 years.

Still, major depressive disorder affects people of all ages, and there’s no strict rule to say when people can develop it.

(Anxiety and Depression Association of America)

According to their parents or caregivers, 9.7% of them had severe depressive symptoms, while about 45% had mild or moderate symptoms. Adolescent depression statistics indicate that depression was most prevalent among children aged 12–17.

(The Journal of Pediatrics)

26. About 7 million US adults aged 65 years and older suffer from depression.

Since old age brings a number of unfortunate events, such as serious illnesses and the loss of loved ones and close friends, it’s not uncommon that people aged 65 and older develop depression. This mental disorder can lead to other severe health problems and shouldn’t be ignored.

27. Almost 50% of people suffering from depression also have an anxiety disorder.

Anxiety statistics on a worldwide scale show that the combination of depression and anxiety is the most prevalent mental disorder in Britain—7.8% of the population suffers from it. The relationship between these two mental disorders is rather complex since depression can make us feel anxious, but it also goes the other way around—anxiety can cause depressive feelings. Fortunately, there’s a range of effective treatments for this mix of mental disorders, including some relaxing techniques, such as yoga and meditation.

28. People with other medical conditions often suffer from depression as well.

Based on the depression stats in America, about 1 in 4 people with cancer will suffer from this mental disorder. Also, up to 27% of patients who had a stroke experience depression. Similarly, about a third of people who had a heart attack suffer from depression.

29. People suffering from depression have a 64% higher risk of developing coronary artery disease.

30. US employers lose about $100 billion every year due to depression.

Lost productivity alone incurs an annual cost of $44 billion for employers in the US.

32. People living below the poverty level were more than twice as likely to suffer from depression as those living at or above it.

33. White adults are more likely to have a major depressive episode than black or Hispanic people.

Depression is a serious mental disorder that can have a range of unpleasant symptoms, from feelings of hopelessness to aching muscles and stomach pain. It typically affects the sufferer’s ability to function normally, making them unable to perform their everyday activities. This mental disorder shouldn’t be taken lightly since it can even lead to death. The rate of suicide is increasing every year, and depression can be blamed.

We hope that these alarming depression statistics will help people realize that seeking professional help is the way to go. There’s a wide variety of treatment options that can effectively relieve depression’s symptoms and help people enjoy their lives again.