If you are exposed to factors such as infections or injuries and you feel stiffness or overall pain in your joints, then you may be dealing with a form of arthritis. But what is arthritis, and what do the statistics reveal about this umbrella term for a variety of frightening rheumatic diseases?

In brief, arthritis is joint inflammation, but the term itself is utilized to describe 200 different joint, tissue, and connective tissue conditions. If you are interested in finding out more, then definitely check out the rest of this article on the most mind-blowing arthritis statistics on the net.

The Top 10 Statistics on Arthritis

Prevalence of Arthritis in the United States 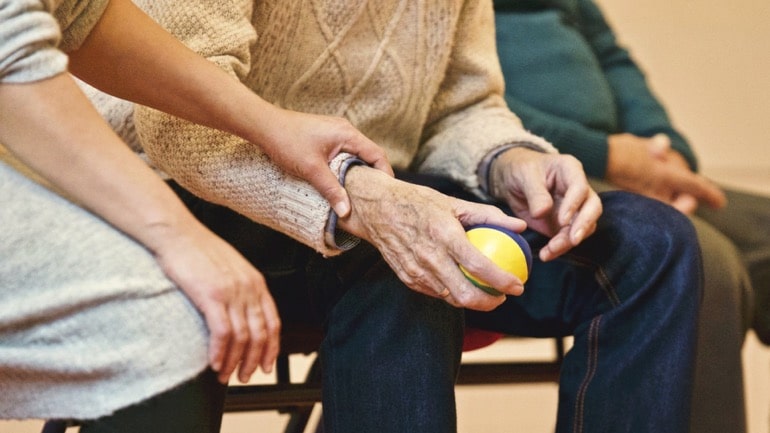 1. Experts believe that 26% of the total adult population in the United States will have doctor-diagnosed arthritis by 2040.

According to CDC data, 54.4 million adults in the United States had arthritis in 2017. In fact, that makes up 25% of the total population! The most frequent types include rheumatoid arthritis, osteoarthritis, gout, fibromyalgia, and lupus.

2. Arthritis prevalence is more common among women, and 60% of all osteoarthritis sufferers in the US are female.

According to the facts, 26% of females and 19.1% of males were diagnosed with arthritis between 2013 and 2015. When it comes to osteoarthritis, the most common form of this disease, only 40% of men are affected. Experts try to explain this by looking at the genetic, hormonal, and joint stability differences between the genders.

3. When it comes to the prevalence of arthritis in the elderly, statistics reveal that 49.6% of Americans with arthritis are over the age of 65.

4. Around 44% of the 54.4 million individuals diagnosed with arthritis have limited activities.

According to arthritis facts and statistics on disability and limitations, one in 25 adults of working-age between 18 and 64 experience work limitations due to arthritis. In fact, rheumatic conditions are the number one cause of work disability among adults in the United States.

Furthermore, the stats reveal that 41.3 million sufferers are Non-Hispanic whites, whereas 6.1 million are Non-Hispanic blacks. However, the prevalence of arthritis is the lowest among Non-Hispanic Asians, among which 1.5 million have doctor-diagnosed arthritis.

6. Fun facts about arthritis reveal that 45.2% of individuals in Mississippi had severe joint pain due to arthritis in 2017.

Prevalence of Rheumatoid Arthritis in the US

7. 41 out of 100,000 individuals are diagnosed with rheumatoid arthritis each year in America.

In fact, that makes up around 1.3 million American individuals who suffer from the condition. Experts state that women are at two–three times higher risk of suffering from rheumatoid arthritis, and this may be due to hormones.

8. The lifetime risk of getting rheumatoid arthritis is 3.6% for females and 1.7% for males.

9. A single patient with rheumatoid arthritis spends up to $20,000 on medication per year.

Individuals who start treating the condition early on are more likely to reduce pain and manage the symptoms. The symptoms can be treated with occupational and physical therapy, a healthy diet, frequent exercise, and—in extreme cases—joint replacement surgery.

10. The facts about rheumatoid arthritis reveal that around 20% of individuals who have the condition test negative for the rheumatoid factor.

Patients who fall into this category are classified as having “seronegative rheumatoid arthritis.” Generally, experts believe that these patients have less severe instances of the condition and less disability. The rheumatoid factors are defined as proteins created by the immune system that can affect the healthy tissues in the body in a negative way.

11. Statistics reveal that over 350 million people in the world are affected by the condition.

Also, arthritis, the umbrella term for more than 100 different types of illnesses, is the number one leading cause of disability. When it comes to rheumatoid arthritis, the World Health Organization estimates that there are over 23 million individuals in the world living with the condition today.

12. Rheumatoid arthritis affects the entire world, and the statistics show that the number of patients will double by 2030.

The reason for this increase in patients who have rheumatoid arthritis is that the baby-boom generation is moving across the age demographics. Consequently, there’s a rise in the number of patients with rheumatoid arthritis. Furthermore, the incidents of the condition have seen a slightly higher rise in people over 70.

13. Facts about arthritis in Italy reveal that 9.7 million people suffered from osteoarthritis in 2017.

The survey examined the prevalence of osteoarthritis in Italy from 2010 to 2017, and it included respondents of all ages. The results revealed a decrease in the number of individuals affected by the disease in 2010 when there were 10.3 million people with osteoarthritis.

14. Arthritis statistics worldwide revealed that 19% of Canadians had arthritis in 2018.

The mentioned survey included 65,000 Canadian respondents over the age of 15. In other words, an estimated 5.7 million Canadians were suffering from arthritis in 2018. However, keep in mind that arthritis includes osteoarthritis and rheumatoid arthritis, but it excludes fibromyalgia.

15. Around 10 million people in the United Kingdom are affected by arthritis.

Arthritis stats for the United Kingdom reveal that the most common type is osteoarthritis, affecting 9 million individuals in this country. When it comes to rheumatoid arthritis, the stats show that there are over 400,000 individuals suffering from this condition in the UK.

16. 37% of patients in Britain who have arthritis alleviate pain by receiving steroid injections into the inflamed joint.

Furthermore, stats on the prevalence of rheumatoid arthritis in the UK reveal that 27% of individuals between the ages of 25–39 who have arthritis also have poor or severely damaged mental health due to the condition. Not only that, but British people with arthritis also don’t get support at work; in fact, the results of a survey from 2018 showed that 18% of the respondents felt a lack of understanding from their bosses.

17. The number of Australians with arthritis is forecast to rise to 5.4 million by 2030.

Interesting facts about arthritis reveal that currently, there are around four million people in Australia suffering from the condition. In other words, one in six Australians has arthritis right now. The stats show that about 2 million individuals with the condition are between the ages of 15 and 64.

18. Arthritis is the second most common cause of early retirement in Australia.

According to the figures, 52,000 individuals of working age are unable to perform at their workplace due to the condition. The lost tax revenue and the welfare costs due to an early retirement caused by arthritis were $1.1 billion in 2015.

19. Arthritis statistics reveal that 8% of the total burden of injury and disease in Australia is due to arthritis.

Furthermore, in 2015, the health system spent $5.5 billion on arthritis-related cases, which is estimated to rise to a shocking $7.6 billion by 2030. Not only does arthritis contribute to early retirement in Australia, but it’s also the leading cause of chronic pain in the country.

20. Psoriatic arthritis prevalence ranges between 6–41% in patients with psoriasis.

21. Stats on arthritis among kids reveal that around 300,000 children in America suffer from the condition.

According to the facts, juvenile rheumatoid arthritis affects kids up to 17 years old, and the symptoms may begin as early as the child turns two. Furthermore, the symptoms can continue into adulthood and alter over time. In a lot of cases, symptoms of a condition that started early in life disappear in adulthood and never return again.

22. Juvenile arthritis facts reveal that 50% of kids with the condition suffer from the oligoarticular type of arthritis.

23. An estimated 30% of kids suffering from juvenile arthritis have polyarticular arthritis.

Stats on the types of arthritis in children reveal that polyarticular arthritis is more common in girls than in boys. It’s a type of arthritis that affects at least five smaller joints (i.e., feet and hands). Unfortunately, this type of condition can affect larger joints, as well.

24. 20% of kids with the condition have a systematic type of juvenile arthritis.

The systematic type of juvenile arthritis causes pain, limited motion, and swelling in one or more joints. Also, it may cause symptoms such as inflammation of the liver, heart, and spleen, as well as a high fever that lasts for two or more weeks.

A study examining 13,000 individuals with rheumatoid arthritis found that cigarettes increase joint pain. According to experts, nicotine found in cigarettes fools the body into feeling less pain, but the effects wear off quickly. Furthermore, the nicotine affects the circulatory system in the body and makes the flow of nutrients to the joints and muscles impossible.

26. Surprising arthritis facts suggest that smoking may help prevent the formation of osteoarthritis.

During an analysis of the link between obesity, occupation, and knee osteoarthritis, researchers found that nicotine may be beneficial against osteoarthritis. As it turns out, the researchers examined data from the Framingham Osteoarthritis Study and concluded that individuals who smoke had a lower rate of the condition than non-smokers.

27. Interesting facts about rheumatoid arthritis show that 97% of individuals who tried smoking cannabis claim it improved their symptoms of arthritis.

A small study of 1,059 patients suffering from a form of arthritis examined the perceptions of CBD and medical cannabis. 93% of the respondents claimed that CBD helped in improving their symptoms. Furthermore, 62% of the respondents use cannabis at least once daily.

In sum, arthritis is a term for severely painful joint diseases that require lifestyle changes. Not only is arthritis the cause of serious disability in everyday life, but it also accounts for the loss of working time, and it’s a significant national health burden. We hope these arthritis statistics opened your eyes to the severity of the matter. Enjoy the rest of your day!

Which country has the highest rate of arthritis?

The highest rates of arthritis were displayed in Russia, with 38% of men and 17% of women suffering from the condition. In comparison, in India and China, men who were married had the highest prevalence (8.8% and 11.9%). The data was derived from a 2017 study examining arthritis in higher-income countries and the social disadvantages associated with the high rates of the condition.

How many people are diagnosed with arthritis each year?

What is the average age of getting arthritis?

The biggest myth of arthritis is that only the elderly are at risk of developing it. In fact, arthritis can be developed at any age, and even kids can suffer from it. However, the CDC claims that arthritis is more frequent among adults over the age of 65. Nevertheless, around two-thirds of individuals who have arthritis are younger than the age of 65.

What percentage of disability is arthritis?

To cut to the chase, it’s 20%. However, degenerative forms of arthritis are rated at either 10% or 20%. It depends on the number of joint groups or joints affected and the degree of immobilization. In order to be rated at 20%, there has to be evidence in the form of an X-ray showing that at least two groups of minor joints or two major joints have developed degenerative arthritis.

Fortunately, with adequate therapy and early diagnosis, the symptoms of arthritis can disappear later in life. However, the condition may create permanent joint changes. For example, some changes might be visible, like knobby joints of the fingers, but mostly the changes are only seen through an X-ray. 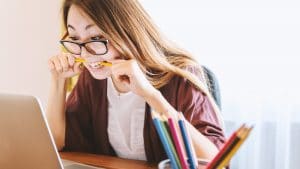 29 Stress Statistics and Facts to Keep in Mind

How to define stress? Stress is a physical mental or emotional state that causes significant tension in...