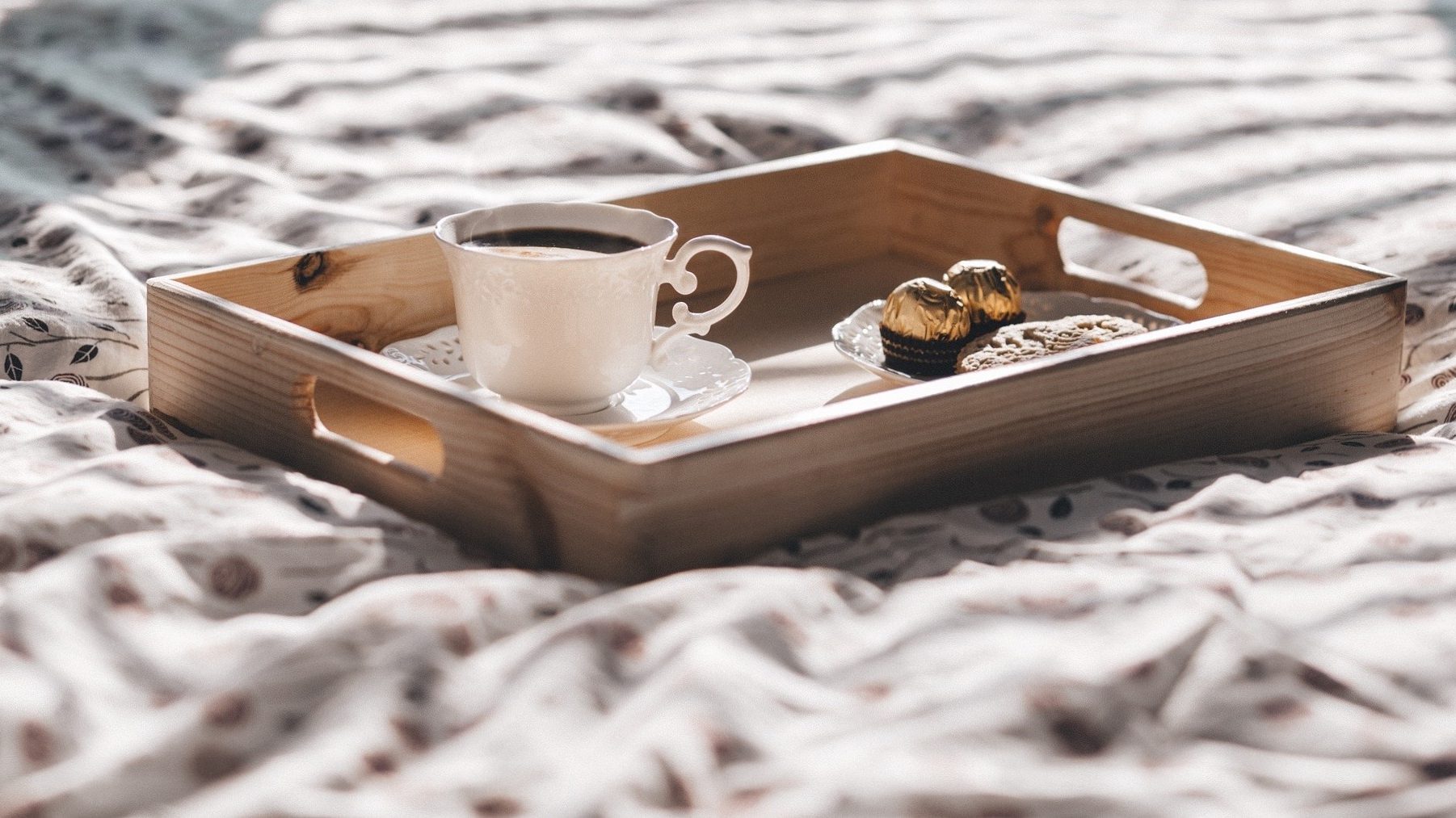 About 85% of people in the US consume products with caffeine on a daily basis. In addition, 43% of Americans use caffeine to deal with daytime sleepiness. That’s why we’ll be talking about the relationship between caffeine and sleep.

Although this substance may boost your energy and increase alertness, it can also have a number of negative effects on your health. Keep on reading to find out how caffeine can affect your mind and body, as well as how healthy sleep habits can help you reduce caffeine consumption.

What You Should Know About Caffeine

When we say caffeine, you probably first think of a cup of coffee. While it’s true that this popular beverage contains caffeine, this isn’t its only natural source. Actually, caffeine can be found in over 60 different plants—not just coffee beans, cocoa beans, and tea leaves.

So exactly what is caffeine? It’s a natural stimulant, meaning it’s a psychoactive substance that affects our central nervous system. Besides being present in a variety of plants, it can also be produced synthetically.

How Does Caffeine Work?

Everybody knows that caffeine makes us feel more alert, but let’s try to explain what happens in our body when we have a cup of coffee or tea. We absorb this substance through our stomach, and once it enters our bloodstream, it affects our levels of adenosine, dopamine, and melatonin. This will also answer the question, How does caffeine affect sleep cycles?

Adenosine is a neurochemical that makes us feel more sleepy. Caffeine prevents this effect by blocking adenosine receptors. On the other hand, it boosts dopamine levels, which increases alertness. Finally, our body naturally produces melatonin, a sleep-inducing hormone, when the sun sets to prepare us for a night’s rest. However, caffeine messes with our sleep cycle by suppressing melatonin production. It’s interesting that caffeine has a stronger effect on melatonin levels than bright light.

How Long Does the Effect of Caffeine Last?

Once you consume caffeine, you won’t feel an immediate wake-up boost. Instead, you can expect to start feeling its effects in the next 25–45 minutes. Caffeine normally reaches a peak level within 30 to 60 minutes, and it can affect your body for hours. What’s more, you may need up to 24 hours to fully excrete this stimulant from your system. The time typically needed for your body to eliminate half of the substance—also known as the caffeine half-time, or half-life—is 6–8 hours.

How Caffeine Affects Your Sleep 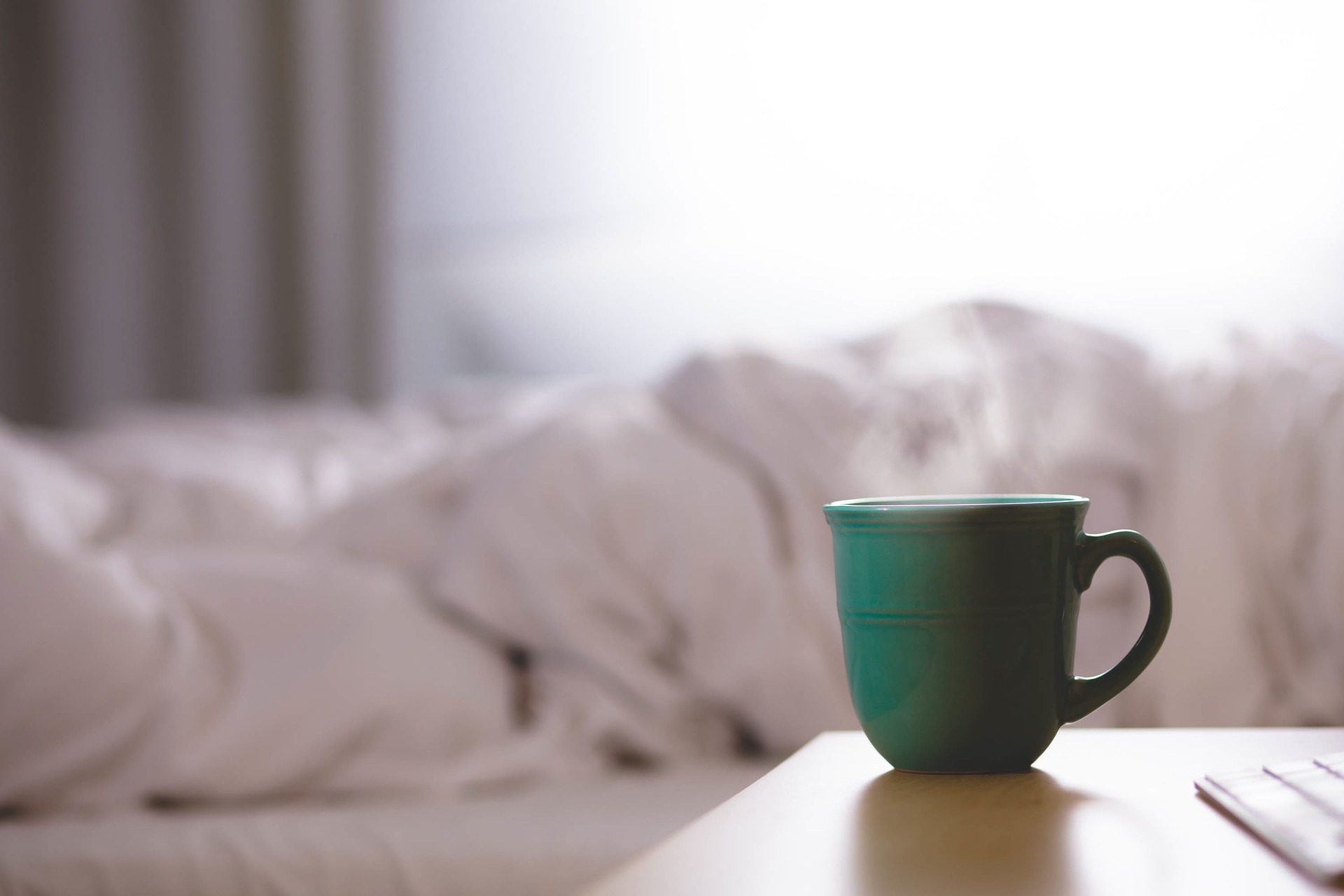 Since caffeine has a stimulative effect on the body, it negatively affects our night’s rest. Therefore, it’s better to avoid drinking caffeinated beverages before bedtime. People who consume caffeine in the late afternoon often have trouble falling asleep or staying asleep. In addition to sleeping light, they may wake up several times during the night to go to the bathroom since caffeine is a well-known diuretic.

However, the effects of caffeine vary among people. For example, the elderly are generally more sensitive to caffeinated beverages than younger people. Besides age, genetics play an important role in caffeine tolerance. Also, people who regularly drink caffeine become less sensitive to its effects over time.

Other Negative Effects of Caffeine

In addition to having a disruptive effect on sleep quality, caffeine can have other adverse effects on our health, such as sweating, nausea, and muscle tremors, to name just a few. They usually become pronounced when we consume larger doses of this popular stimulant. For example, we usually drink coffee to increase our alertness. However, if we drink too much coffee, it can make us feel anxious and nervous.

Since caffeine has a laxative effect, some people drink coffee in the morning to stimulate a bowel movement. Although this can be considered one of the positive caffeine effects, larger amounts can lead to diarrhea.

Furthermore, caffeine can increase blood pressure, especially in people who aren’t used to consuming it. Since high blood pressure can damage arteries over time, it increases the risk of having a heart attack or stroke. The good news is that this effect is only temporary. Nevertheless, try not to consume large amounts of caffeine, especially not before working out.

It’s also been noticed that caffeine may have negative effects on the heart. Caffeinated beverages can increase heart rate in some people. This usually happens with higher doses or if you’re particularly sensitive to this stimulant. In addition, extremely large amounts of caffeine can cause alter your heartbeat rhythm.

Keep in mind that if you drink caffeine on a regular basis, you might become addicted to it. Of course, this isn’t the kind of addiction associated with drugs, but people who regularly consume caffeine can experience withdrawal symptoms. These usually include headaches, fatigue, and anxiety.

Nothing is either black or white, and this is true for caffeine, too. If you consume caffeinated beverages moderately, you can reap several health benefits. Caffeine can boost your energy levels and increase alertness. However, this doesn’t mean that you should replace a good night’s sleep with a cup of coffee because nothing can make up for the benefits of sleep.

According to the findings of several studies, caffeine promotes fat burning. It also lowers the risk of Alzheimer’s disease, dementia, and Parkinson’s. Based on a study examining the relationship between caffeine and cognitive functions, preventing these diseases can be one of the long-term effects of caffeine.

Considering the relationship between caffeine and sleep quality, we’ve provided a table with the caffeine content in different products. Hopefully, this list will help you manage your daily caffeine intake.

Since the consumption of caffeine and sleep deprivation usually go hand in hand, you should try to limit your daily intake of caffeinated drinks and improve your sleep habits. Getting a sufficient amount of sleep is the best way to reduce your craving for coffee or similar stimulating beverages. For adults, it’s recommended to sleep 7–9 hours a night. Unfortunately, according to a recent poll from Gallup, Americans sleep 6.8 hours per night on average.

If you wake up tired and feel sleepy during the day, you might consider these tips for improving your night’s rest:

If you’d like to learn more about healthy sleep hygiene, you can read the article below this interesting infographic about famous people’s sleep habits. 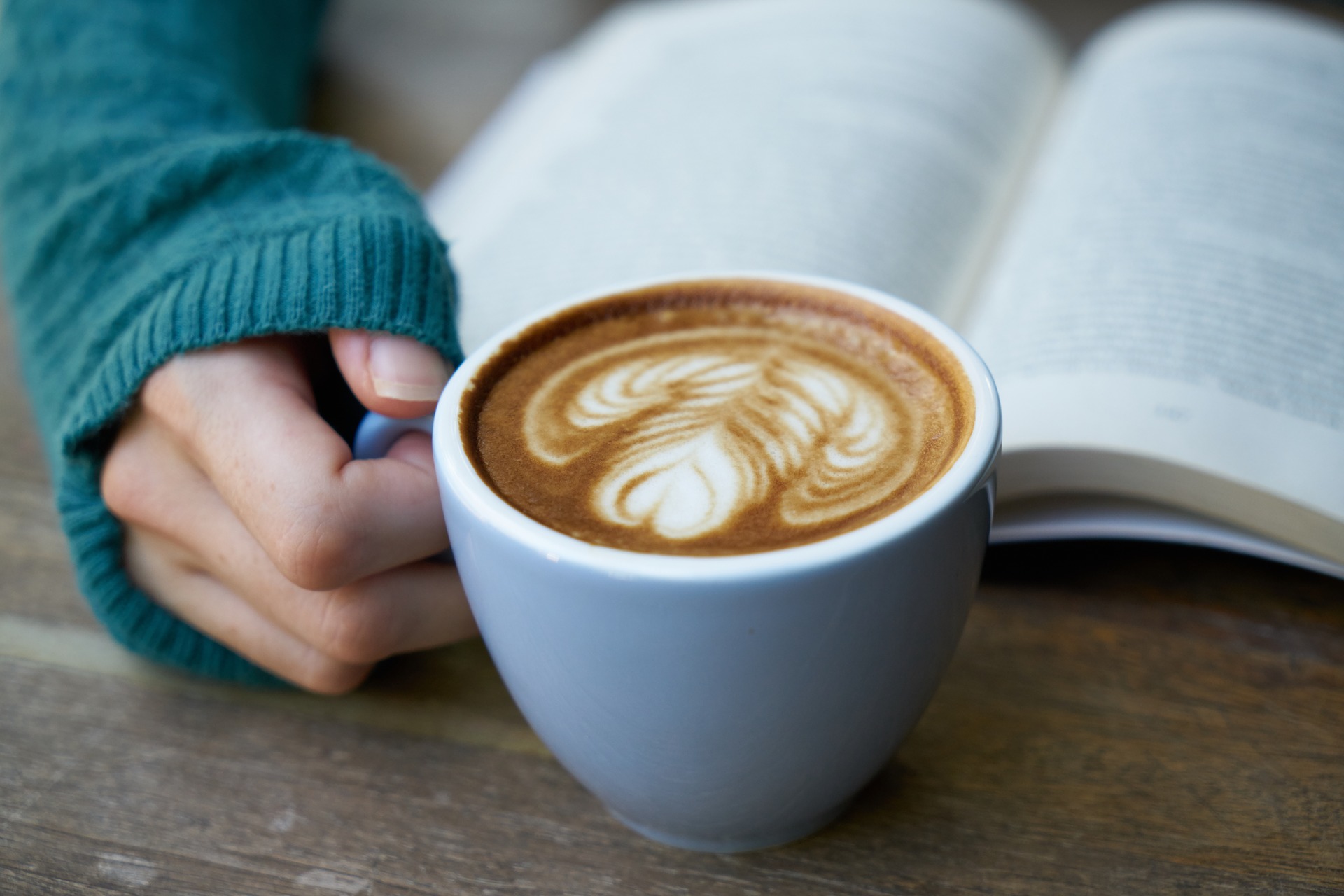 What does caffeine do to your brain?

Caffeine affects our brain in several ways. It blocks adenosine receptors, preventing us from feeling sleepy. Some people find that caffeine improves their mood, but too much of it can also cause anxiety. While there are a few negative side effects, several studies found that this stimulant may lower the risk of Alzheimer’s disease and Parkinson’s disease.

What does caffeine do to your heart?

High doses of caffeine can increase adrenaline levels in the bloodstream. This hormone is known for raising your blood pressure and heart rate. This means caffeine can negatively affect your heart, especially if you don’t drink caffeinated beverages on a daily basis. People who tend to have an abnormal heart rhythm can even experience skipped beats due to caffeine consumption.

Why does coffee make me sleepy instead of awake?

There are two possible reasons for this. First, caffeine keeps you alert by blocking adenosine receptors. However, it doesn’t suppress the production of the neurotransmitter that promotes sleep. Therefore, when the effects of caffeine fade away, your blood levels of adenosine have already increased to make you feel tired.

Another reason is that caffeine, as a diuretic, can make you feel dehydrated. Since dehydration can increase heart rate and lower blood pressure, you may feel tired after drinking coffee.

What time of day should you stop drinking caffeine?

To prevent caffeine from negatively affecting your night’s rest, you shouldn’t drink any caffeinated beverages after 2 p.m., or at least seven hours before bedtime. According to the study examining the effects of caffeine on sleep, this stimulant can lead to disruptive sleep even when it’s taken six hours before bedtime.

As you can see, caffeine can have both positive and negative effects on your body and mind. It all depends on the dosage and timing. In this article, we shed some light on the relationship between caffeine and sleep in order to help you get the most out of your cup of joe.

As busy as I am, I usually can’t afford to get eight hours of sleep every night. Fortunately, working with sleep experts made me realize that a quality mattress can help anyone get a proper night’s rest even if you get less than the ideal amount of sleep. Now I wake up every morning full of energy, and I’m eager to help others find their perfect mattress by promoting my teams’ hard work!

How to Sleep When Pregnant: Best Sleep Position & Tips

37 Chocolate Facts and Statistics for Everyone With a Sweet Tooth

35 Fascinating ADHD Statistics That Will Grab Your Attention

What Is Microsleep, What Are Its Causes, and How to Prevent It?