What Is Hypersomnia and How to Cope With It? 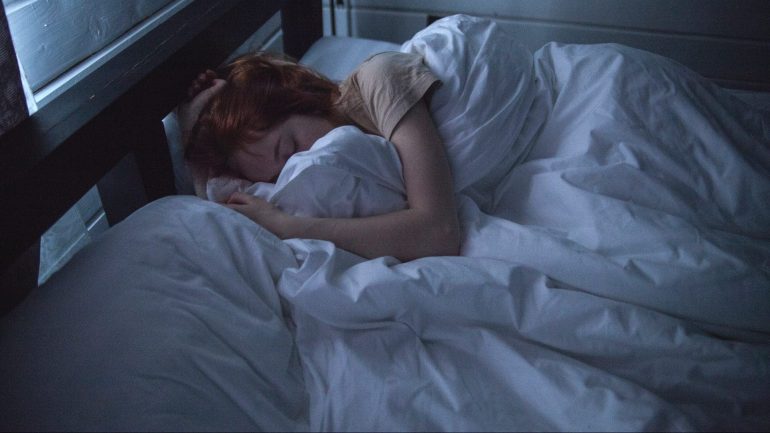 Numerous scientific papers state how important adequate sleep is. Insomnia’s catastrophic effects on the body can be seen both in the short and long term.

But then, what is hypersomnia? We know that this condition accompanies a change in one’s quality and quantity of sleep, meaning they’ll sleep for an excess of over nine hours.

Read on to learn all about hypersomnia as well as how to treat this rare disorder.

Hypersomnia is a sleep disorder characterized by excessive drowsiness during the day, even though the previous sleep period lasted more than seven hours.

Besides the lack of energy, the disorder can cause emotional disturbances. It isn’t rare to observe hypersomnia and anxiety, irritability, demotivation, or apathy together.

People who suffer from hypersomnia usually have memory problems, and sometimes they’ll suffer from intellectual disabilities and physical challenges. Additionally, at the systemic level, this condition can weaken the immune system.

Moreover, hypersomniac people usually suffer from a significant dysfunction, reducing their capacity and results at work, home, and in society. In fact, a patient can fall asleep in high-risk situations, such as when they’re driving or cycling.

Other less common symptoms of hypersomnia include decreased appetite or food cravings, hypersexuality, impotence, and migraines.

With this type of hypersomnia, the condition’s causes aren’t known. There are four conditions considered primary hypersomnias:

Unlike primary hypersomnia, the act of sleeping for a prolonged period with difficulty waking up may instead have specific reasons that explain it.

For example, some people with secondary hypersomnia are sleep deprived because their sleep is interrupted. Moreover, they might take various drugs or medications or have a concurrent medical or psychiatric disorder.

In these cases, hypersomnia would not be the primary disorder but a symptom of an underlying condition.

The most likely causes of hypersomnia remain largely unknown today. When we diagnose primary hypersomnia as the ICD 10 describes, we must exclude the following:

Diagnoses based on the consumption of medications or another medical problem will fall under secondary hypersomnia.

Even if what causes hypersomnia isn’t fully understood, the possible changes in the limbic system may explain the behavioral changes related to Klein-Levin’s syndrome.

The deficiency in synthesis and transmission of noradrenaline may also play a role in understanding this disorder. In addition, a possible injury in the areas of the brain responsible for sleep regulation may cause severe idiopathic hypersomnia.

More severe illnesses can also be linked to hypersomnia: depression, bipolar disorder, Parkinson’s, Alzheimer’s disease, diseases of the musculoskeletal system and connective tissue, disruptions in the endocrine system, and others.

Both hypersomnia and insomnia are types of sleep disorders that affect the schedule, quantity, and quality of your sleep—but in opposite ways.

While insomnia makes it hard for a person to fall and stay asleep, a person with hypersomnia can sleep for long periods, as well as during the day. Hypersomnia patients also remain drowsy for most of the day, usually after an average sleep of at least nine hours or more.

Alternating insomnia and hypersomnia have been observed in the same individual, usually along with psychiatric disorders, such as depression.

Other definitions, on the other hand, maintain that narcolepsy is an entirely different pathology with its specific characteristics and list hypersomnia (i.e., excessive sleepiness) as its symptom.

When talking about idiopathic hypersomnia vs narcolepsy, they do have three vital mutual symptoms:

Another similarity is that the cause of both disorders is unknown, and it’s strongly linked to genetics and a history of sleep disorders in the family.

When it comes to narcolepsy vs hypersomnia differences, the former is more common, affecting 1 in 2,000 people in the US.

Diagnosing this condition may be a challenge for doctors. Here are some signs that are grounds for seeking medical help for yourself or a loved one:

Because the underlying cause of this condition may be a medical problem, your doctor should examine you thoroughly and order necessary laboratory tests before making a proper diagnosis.

If you’re verifying the presence of this disorder, the somnolence episodes should occur at least three times a week (although it can happen practically every day) for at least a month.

Hypersomnia is a worrying problem for those who suffer from it, and it can significantly deteriorate the quality of their lives. Worse, the disorder can lead to terrible accidents.

When it comes to idiopathic hypersomnia treatment, its primary goal is to reduce the severity of the symptoms. Provigil (modafinil) is one of the medicines found to be particularly effective as a treatment for hypersomnia.

The good news is there is another hypersomnia treatment—a natural one.

Firstly, it is essential to maintain the best possible sleep hygiene. It’s a good idea to establish and follow an individual sleep and wake schedule. To facilitate getting regular sleep, try to avoid any technological distractions or noise before going to bed.

Doing sports is also suggested in hypersomnia treatment. Staying active is a great way to reduce the sense of tiredness.

Patients are also trained in detecting the first signs of sleepiness. They can then apply several physical and mental exercises to raise their level of consciousness and physiological activity.

Hypersomnia treatment guidelines advise avoiding the use of depressants like alcohol, as well as any medicines with the same effect.

If you’re experiencing excessive sleepiness quite suddenly, your doctor will likely ask about your mood, the current events in your life, and the medications you’re taking. Only then might they prescribe the use of certain drugs or stimulants.

Although hypersomnia involves sleeping 10 to 14 hours without interruption, waking up is quite tricky, even after such a long rest.

Hypersomnia isn’t always explained by a lifestyle change or medication use—mental or neurological illnesses usually cause it. Because of this, it requires further medical examinations and treatment to avoid complications.

If you’re experiencing the downsides of living with idiopathic hypersomnia, the good news is that eliminating its underlying cause (if there is one) increases the chance of getting rid of it and developing a healthy sleep routine.

What is idiopathic hypersomnia?

In this case of idiopathic hypersomnia, the condition isn’t linked to another disorder. Those experiencing this type of hypersomnia sleep for about 25% longer than what’s usual.

If hypersomnia is a symptom of other conditions, then we’re talking about secondary hypersomnia.

How do you get rid of hypersomnia?

Primary hypersomnia can be treated with wake-promoting medications, such as Provigil.

It is also advisable to adopt good sleep practices, such as maintaining a steady bedtime routine, avoiding using tech devices before bedtime, and trying to stay active throughout the day.

In the case of secondary hypersomnia, it is essential to find the underlying cause of your sleepiness so you can eliminate it, thus getting rid of hypersomnia.

Is hypersomnia a disability?

Sleep disorders, including insomnia and hypersomnia, may qualify as a mental health disability if their cause is unknown and they cannot be effectively treated.

Can you train yourself to sleep less?

There is no scientific evidence that suggests your body can or should adapt to getting fewer hours of sleep.

Some people are more predisposed to learning how to function with less sleep than others. However, for most people, learning to adjust to less sleep is problematic and harmful to their health.

Oversleeping could be a sign that you’re not getting enough good sleep. If you wish to get the most out of your sleep, adopting proper sleep hygiene practices is the best way to go.

What are the causes of hypersomnia?

Hypersomnia can be caused by a variety of factors, including:

What happens in hypersomnia?

Hypersomnia is a condition in which a person has difficulty remaining awake during the day. It can relate to either excessive daytime sleepiness or excessive time spent sleeping.

People with hypersomnia can fall asleep at any time, including while driving or at work. Other sleep-related issues they may experience include a lack of energy and difficulty thinking rationally.

How do you know if you have hypersomnia?

Excessive daytime sleepiness is not the same as being exhausted all the time. If you‘re asking “What is hypersomnia” and have trouble identifying it, keep an eye on these symptoms:

At medical school, it was easy to realize that sleep is crucial while studying during the many sleepless nights I spent. As a new mom, when the lack of sleep became even more evident, this was the real moment when I started appreciating the benefits of a good night’s sleep. Since sleeping is so essential to our health and immune system, I took it upon myself to educate people on different aspects of sleep by sharing the valuable information I have learned.

What Is a Safe Melatonin Dosage for Kids?

Melatonin as a sleep aid is becoming increasingly popular leaving many parents wondering whether this hormone really...

Can You Take Melatonin While Pregnant: Unanswered Questions

What Is Sleep Paralysis and Why It’s So Dreadful?

If you're only wondering "what is sleep paralysis" and how it feels you're one of the lucky...

Weighted Blanket Weight Chart: Pick the Right Weight for You

You must have heard of weighted blankets currently one of the trendiest types of bedding everyone is...

What Causes Sleepwalking and How Can You Prevent It?

Sleepwalking or somnambulism is a relatively common behavioral disorder. It's characterized by walking or performing other complex...

Aging and Sleep: How Sleep Changes as We Get Older

The aging process entails many changes that affect both our body and mind. And sleep is no...

Narcolepsy is a chronic disease characterized by pronounced drowsiness during the day and an overall inability to...

About 85% of people in the US consume products with caffeine on a daily basis. In addition...

What’s the Best Sleeping Position for a Great Night’s Rest?

Many things can influence the quality of our sleep starting from our lifestyle to our mental and...