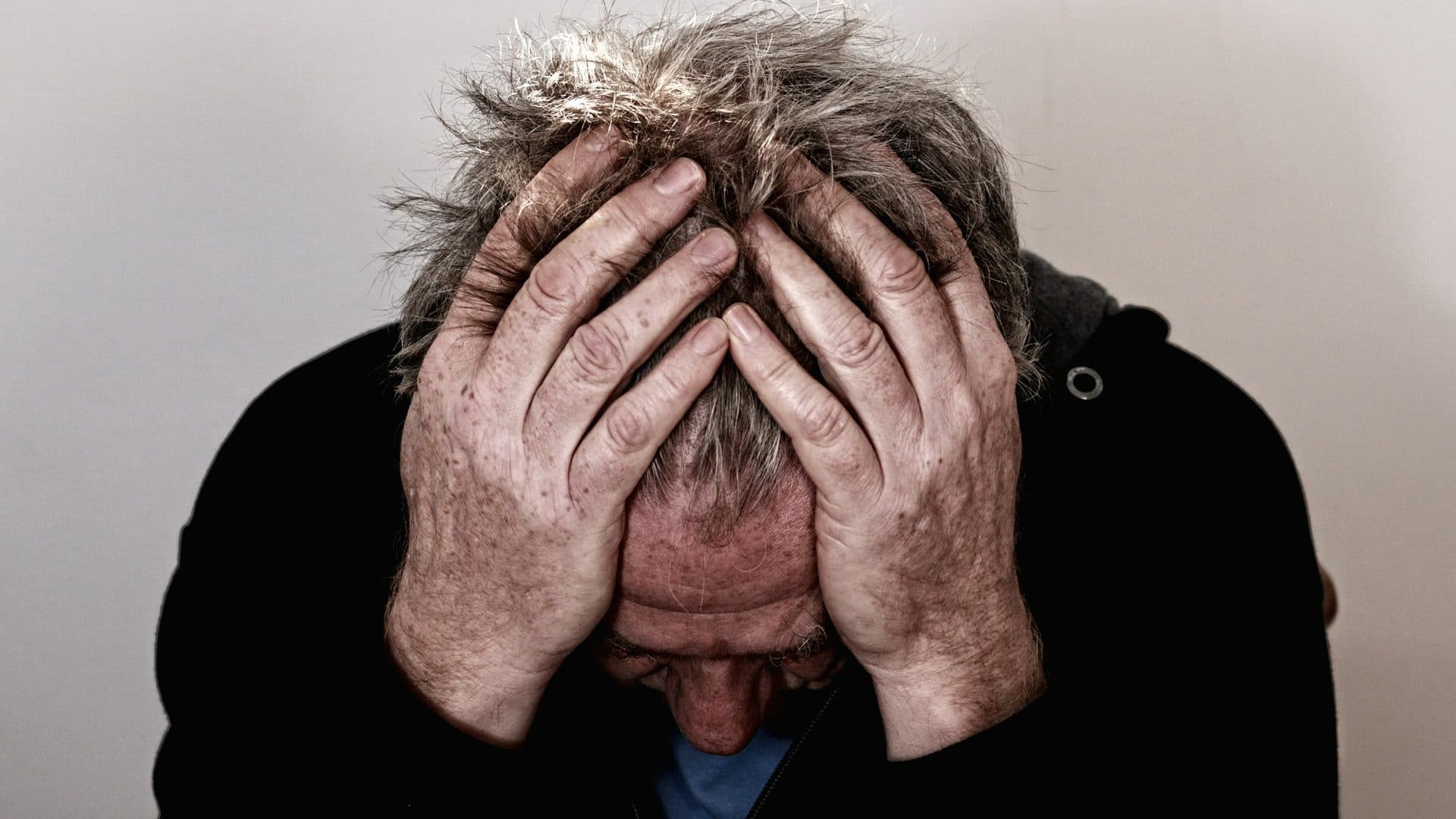 If you think migraines are just headaches, you probably don’t know enough about them. Migraines are recurrent headaches that cause mild to severe pain, usually throbbing on one side of the head. They’re often accompanied by other symptoms, such as nausea and sensitivity to light and sound.

Although they aren’t considered a dangerous condition, the migraine statistics show that they still impact a person’s life. In fact, according to these stats, acute attacks can be so severe they completely incapacitate sufferers and impair their daily activities.

Sleep and migraines are also closely connected. The stats reveal that sleep deprivation is a trigger for recurring headaches. However, sleep can also relieve some migraine symptoms. Oversleeping is also known to be a cause of migraine attacks.

Keep reading to learn some shocking facts and figures about migraines that will give you the best head start on this condition.

The Top 10 Migraine Stats to Give You a Heads-Up 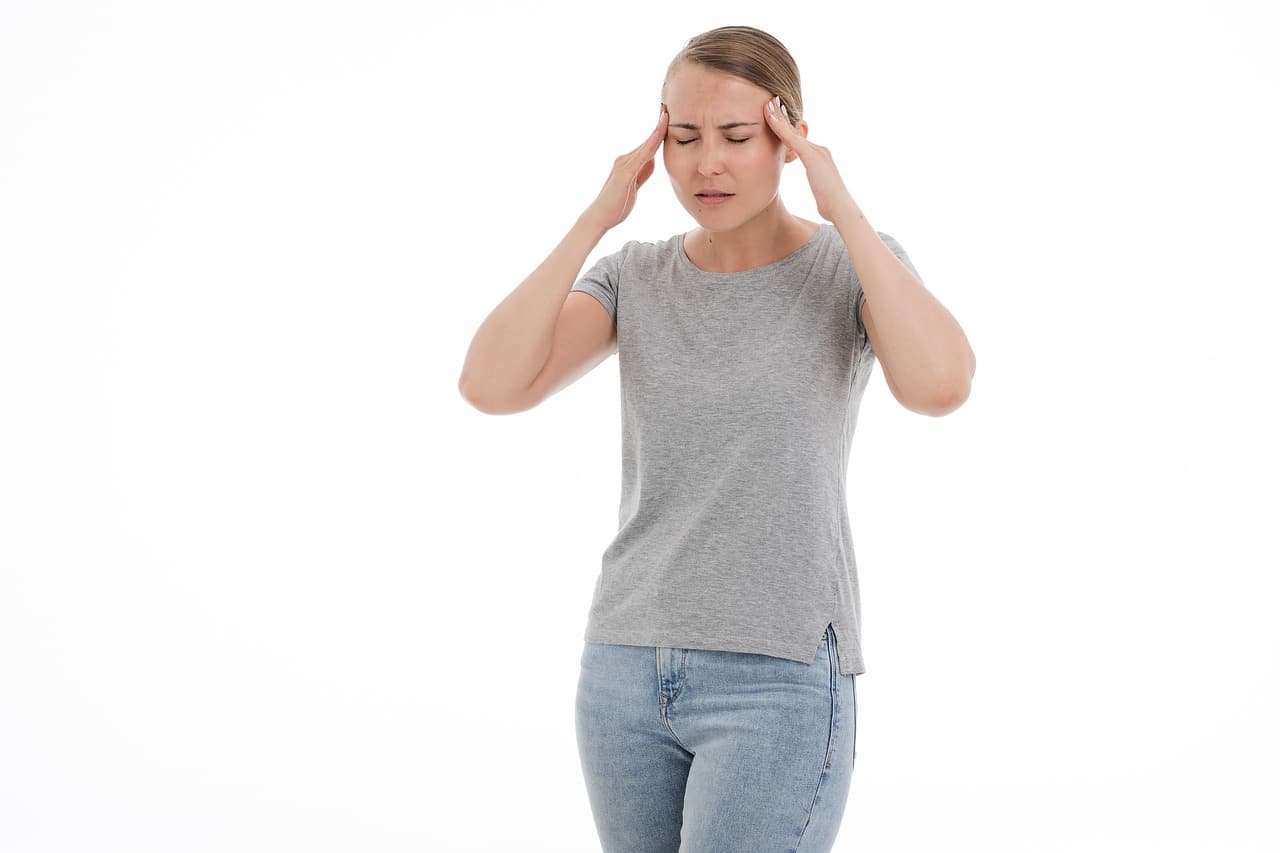 1. Migraines are a primary headache disorder.

After cavities and tension headaches, migraines are ranked third on the list of the most common health conditions. On top of that, they are the sixth most disabling illness.

Further research on how many people in the UK suffer from migraines indicates that 6 million Brits report having migraine symptoms every year.

3. 1 in 7 people in the world suffers from migraines.

It’s estimated that 14.7% of people across the globe have migraines. What’s more, around 2% of the world population suffers from chronic migraines.

Migraine Statistics in the US

4. 28 million women in the US experience migraines.

Women are affected by migraines three times more often than men. This is mostly due to changes in hormone levels, one of the most common migraine causes.

In addition, recurring migraines affect 18% of women, 6% of men, and 10% of children. This means you’ll find someone with this condition in one out of every four US households. 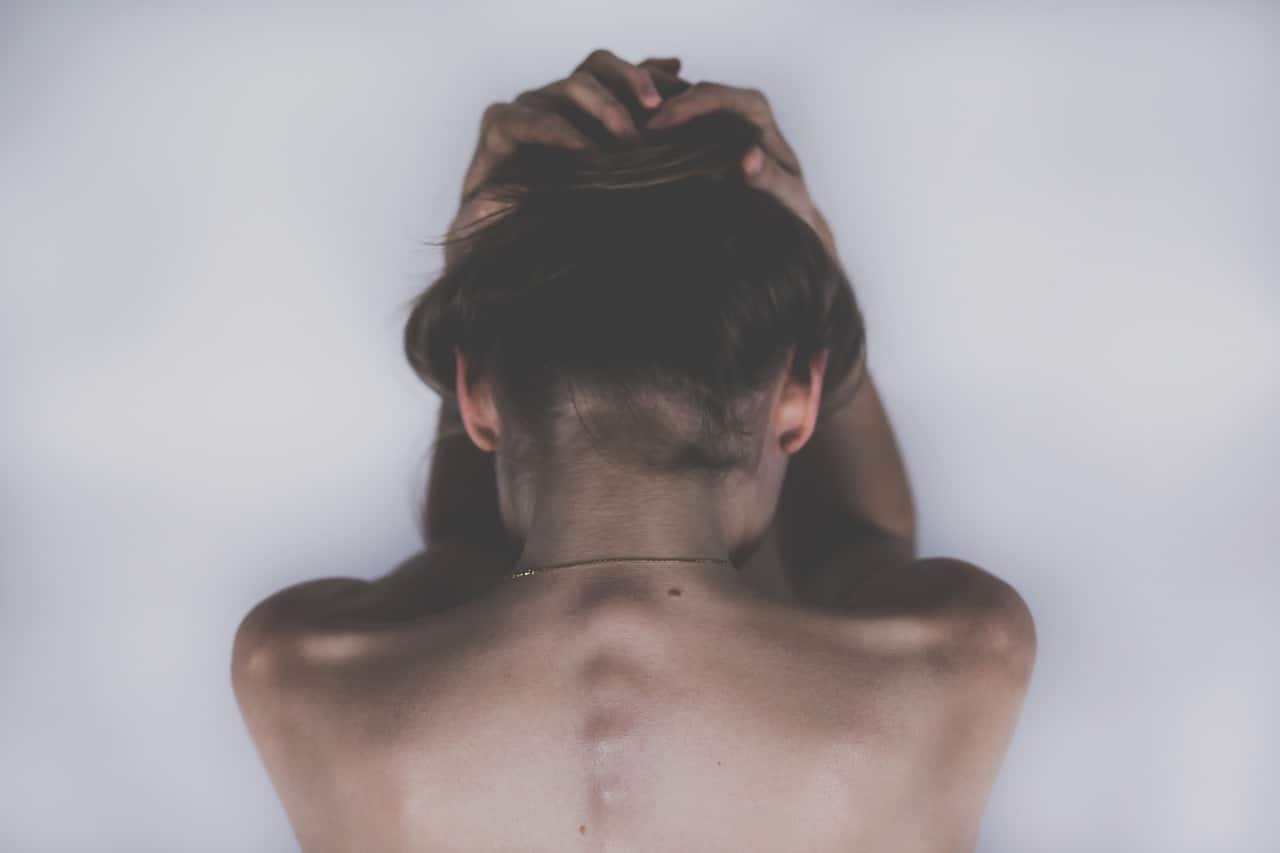 7. There are 2 main types of migraines.

Those types are migraines with aura or without aura. Aura refers to the sensory and visual symptoms that usually herald a migraine attack. These symptoms can last for as long as 30 minutes.

8. A quarter of migraineurs experience aura.

Migraines with aura usually happen among 25% of migraine sufferers, statistics show. This typically occurs in the form of blurred vision and dizziness.

9. Migraine symptoms can persist for up to 24 hours after a migraine attack ends.

Postdrome stage, also known as a migraine hangover, lasts up to a day after the acute migraine attack and is characterized by fatigue, weakness, and cognitive difficulties.

How long is too long for a migraine? If the headache does not stop after three days, it would be a good idea to meet with a doctor. In addition, if you’re older than 55 and are experiencing a headache that’s accompanied by nausea for the first time, it’s best to go to the doctor.

12. Migraines run in the family.

70% to 80% of people with migraines also have at least one family member who has suffered from this ailment, as revealed by most migraine stats. Although there’s no definitive evidence as to what causes headaches, factors that can trigger severe types of headaches or migraines include skipped meals, the use of various medications, bright lights, disturbances in the sleep-wake cycle, and stress and depression.

13. There is a 50% chance of inheriting migraine pain.

These odds increase to 75% if each parent has the condition. Also, during childhood, boys are more at risk of migraines than girls, while this changes once puberty starts. Migraines in men, as we know, are less common than they are in women.

Migraine symptoms tend to appear during puberty. However, headache statistics show that they can affect much younger children. In fact, almost half of those troubled by migraines had their first attack before the age of 12.

15. Almost 10% of children suffer from migraines.

The statistics also reveal that children affected by this type of headache are twice as likely to miss school than children who have never had migraines.

16. Families that live on less than $35,000 a year are more likely to have a family member who suffers from migraines.

With migraines, the statistics from 2015 show a high prevalence of headaches among families living below the poverty line. Also, patients under 65 years of age who get government health care assistance are more likely to suffer from recurring head pain.

17. Cincinnati is the worst city to live in for migraine patients.

How Common Are Chronic Migraines? 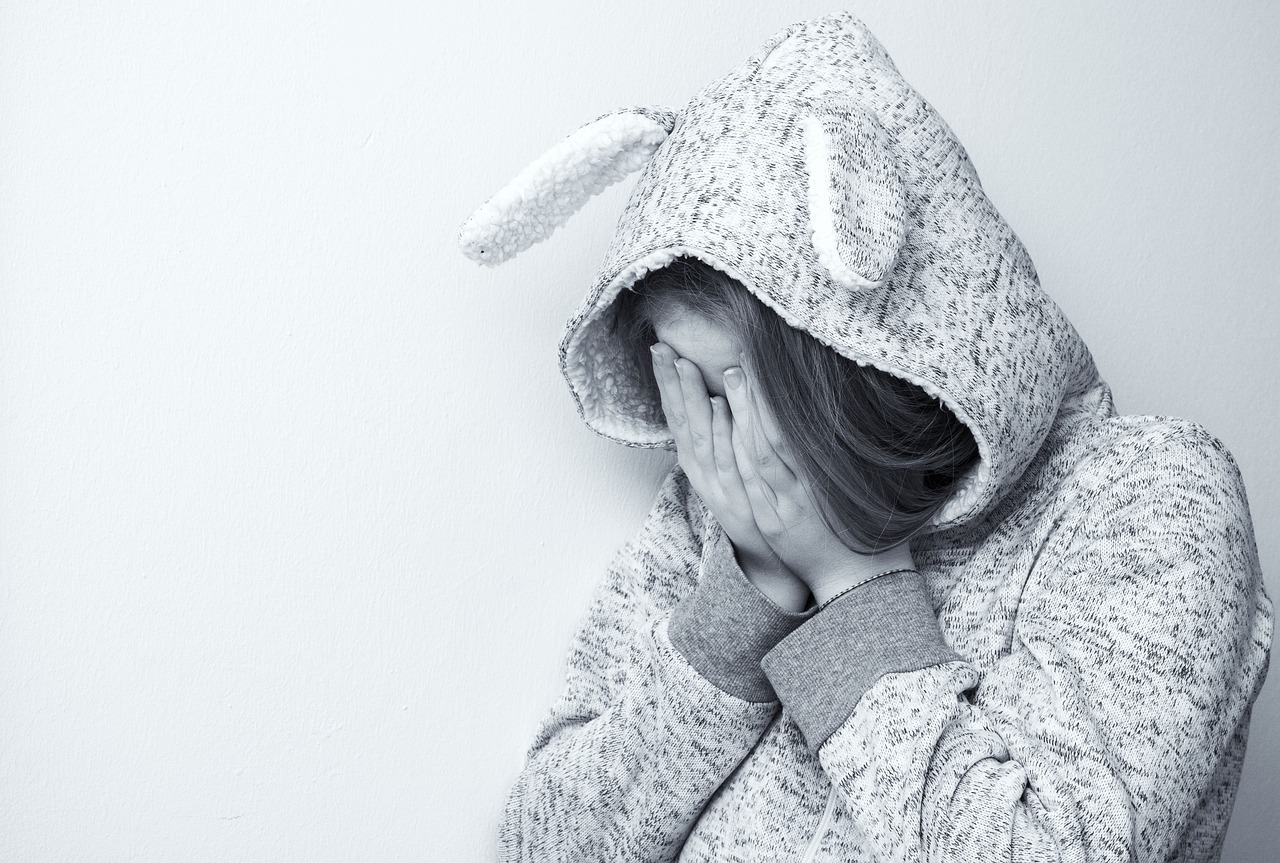 Chronic migraines affect 1% of US adults. That is, 1.5 million women and over half a million men. Chronic migraine prevalence is notably higher among women, especially in midlife.

19. Headaches that happen on more than 15 days a month are defined as chronic.

Getting painful headaches on a total of at least 15 days each month, with migraine symptoms occurring with at least 8 of them, are classified as chronic migraines. Overuse of certain medications is cited as the most common reason why acute migraines turn into chronic pain.

20. More than 20% of adults suffering from chronic migraines are disabled.

As many as 90% of chronic migraine sufferers say they can’t function normally and miss work as a result of a migraine attack, the chronic migraine statistics indicate. Also, some serious health issues, such as depression, anxiety, and sleep disorders, have been commonly observed in people affected by chronic migraines.

21. Almost half of the people with chronic migraines have relationship problems as a result.

Migraines not only impair a person’s ability to work, but in forming personal relationships as well. Living with migraines can put strains on family and social relations. Plus, the regular expenses for traditional and alternative migraine medications account for more stress and anxiety. Further facts about migraines show that almost 45% of migraine patients spend less time on a family activity at least once a month because of the pain caused by chronic migraines.

22. Suffering from chronic migraines can lead to suicide.

23. Most migraine attacks happen between 4 am and 9 am.

Migraines are believed to affect the sufferer in the early morning hours, indicating that a person’s circadian rhythm or sleep habits can trigger the appearance of migraine symptoms.

24. Migraine sufferers are 2 to 8 times more at risk of developing a sleep disorder.

When it comes to the migraine facts and figures in relation to sleep habits, there’s evidence that people suffering from chronic migraines are twice as likely to suffer from insomnia.

Regular sleep behavior can prevent the appearance of migraines. Sleep deprivation is proven to cause recurring types of headaches, but so is oversleeping. The majority of migraine facts confirm that healthy sleep habits are the right idea for migraine prevention.

In a recent study of 32 people suffering from persistent tension headaches, 81% found sleep to be the most effective coping mechanism for the pain. 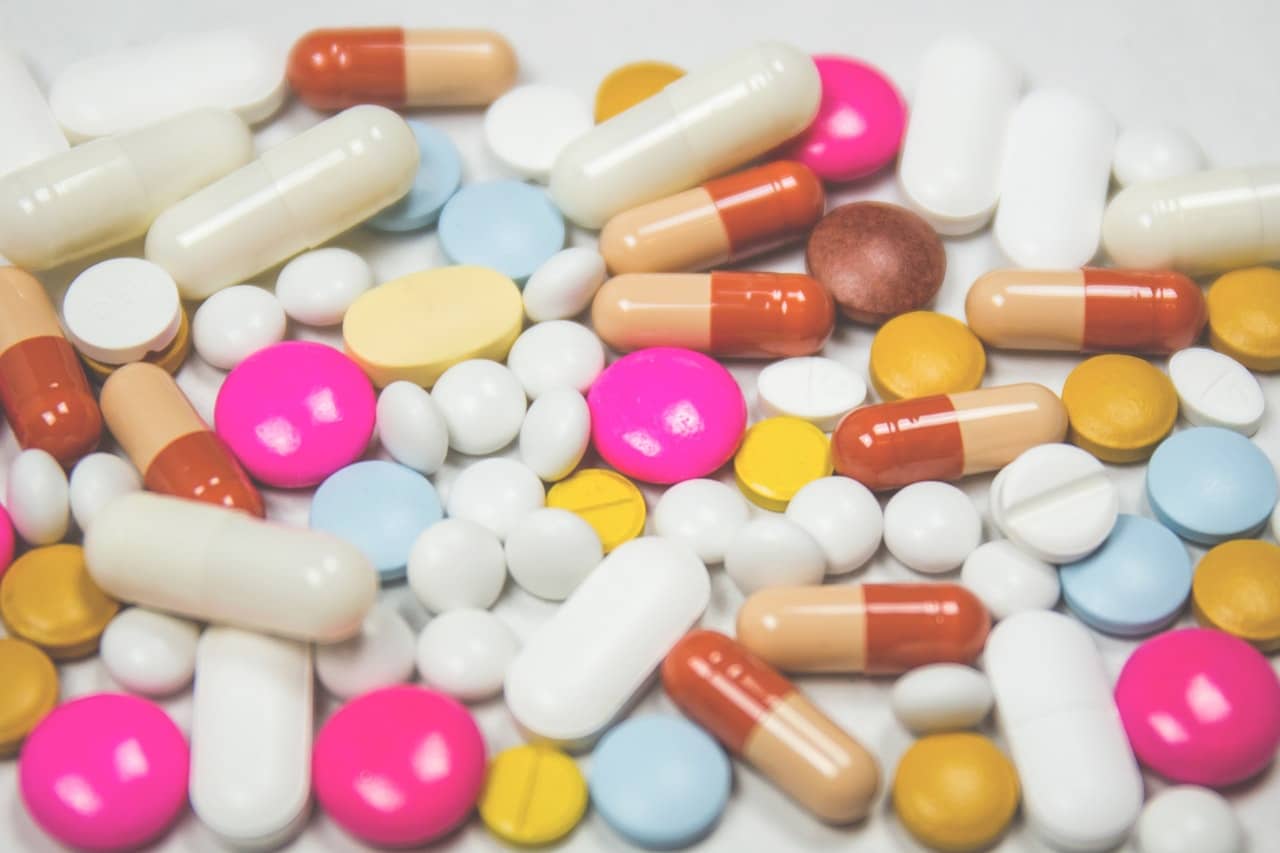 27. Over half of migraineurs are never diagnosed.

Despite the global prevalence of migraines, this condition commonly remains misunderstood. In fact, migraine symptoms are frequently misdiagnosed as sinus headaches and tension headaches.

28. Only 12% of those troubled by migraines get preventive migraine treatment.

The goal of preventive migraine medications is to reduce the frequency of migraine attacks as well as their severity and duration. Helpful migraine information shows that as many as 25% of sufferers would benefit from preventive medication.

29. More than 50% of migraine patients self-medicate.

What gets rid of migraines fast? The stats show that cooling down your forehead for 15 minutes can give you the fastest and most effective remedy for migraine pain.

The Impact of Migraines

32. Migraines cost the US budget more than $35 billion annually.

In fact, almost 160 million working days are lost a year in the US due to migraines and migraine symptoms.

33. The cost of American adults getting brain scans because of their headaches is $1 billion a year.

What’s more, the migraine statistics from 2016 show that the cost of chronic migraine treatment was higher than $5.4 billion, while $41 billion was spent on the treatment of conditions stemming from migraines, such as obesity, back pain, and high blood pressure.

34. A third of migraine sufferers worry that they might lose their job due to chronic pain symptoms.

Looking at additional headache stats, it’s also clear that migraine sufferers are more at risk of developing psychiatric conditions, such as anxiety, depression, and chronic stress.

In addition to higher health care costs, these patients feel the burden of no or little support, as well as limited access to high-quality health care. 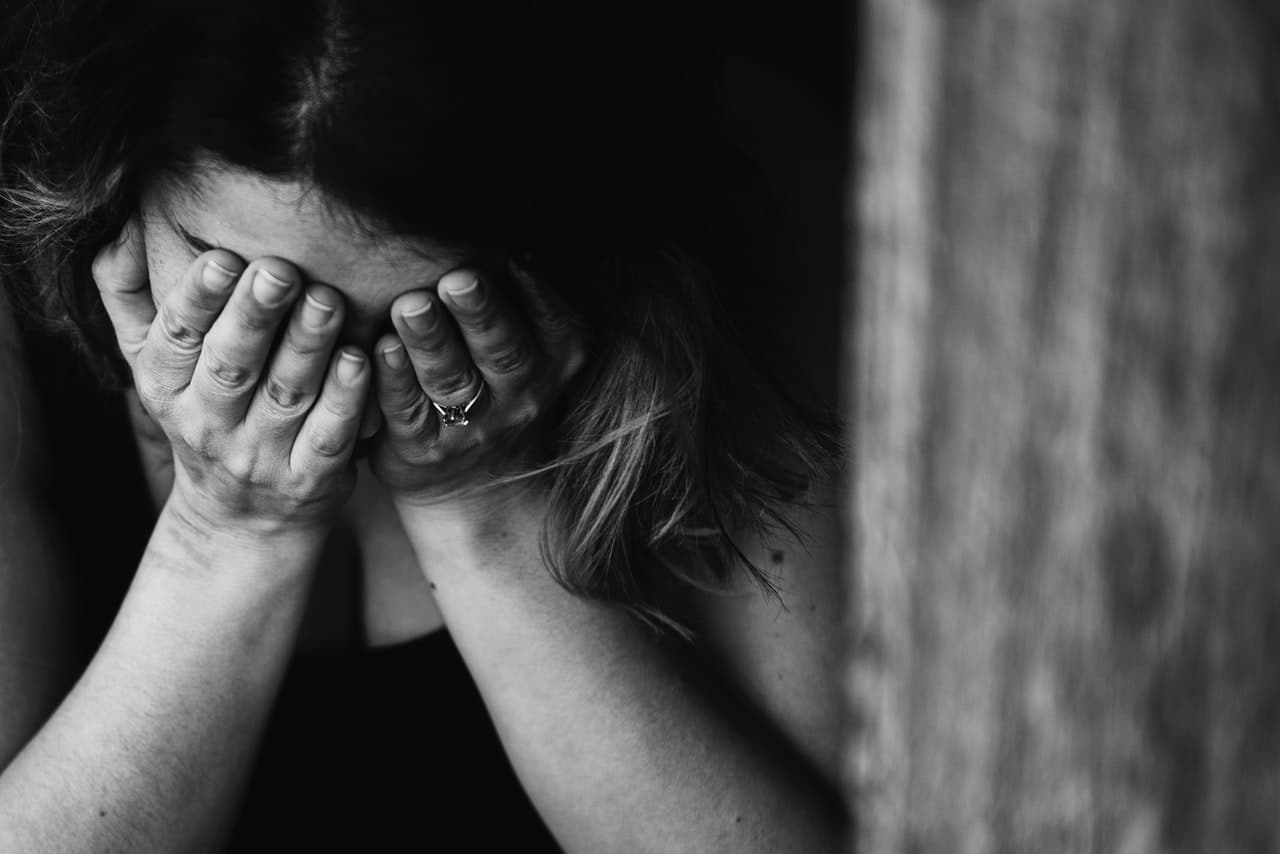 Can a migraine kill you?

Migraine pain can lead to migrainous infarction, which in turn can cause a stroke. Although very serious, it is also extremely rare. In fact, doctors say that a person is more likely to get struck by lightning than die from a headache. However, living with any type of chronic pain is hard and can result in many serious health and mental diseases.

Will my migraines ever go away?

Sadly, there is no cure that permanently gets rid of migraines. Nevertheless, there are drugs that offer relief, and there are also migraine treatments that regulate the frequency and severity of the pain during a migraine attack.

What is a silent migraine?

Silent migraines happen when a patient experiences aura but no headache. Aura symptoms can include sensitivity to light and sound, blurry vision, dizziness, and abdominal issues. As aura symptoms are very similar to signs of stroke and meningitis, silent migraines can be very dangerous and require medical attention.

How do neurologists treat migraines?

Neurologists, who are trained in headaches, can diagnose migraines based on family history and MRI or CT scans. Treatment usually consists of preventive migraine medication taken on a regular basis and aimed at reducing how often migraines occur and how severe they are. Painkillers are also prescribed, particularly for acute attacks since they offer relief by preventing the appearance of migraine symptoms.

What are ocular migraines?

Ocular migraines can happen during or after a migraine attack. They’re rare, ocular migraine statistics reveal, causing temporary vision loss or temporary blindness in one eye. The symptoms are the result of reduced blood flow in the retina and usually go away after an hour. This condition is often confused with aura. However, an optical migraine affects only one eye, while aura (or visual migraine) impacts both eyes.

Is migraine a serious problem?

Recurring headaches can be a seriously debilitating condition. Apart from experiencing pulsating chronic head pain, migraine sufferers also deal with nausea, vomiting, dizziness, and cognitive difficulties, such as not being able to think clearly or concentrate, as well as memory loss and difficulty communicating. The stats indicate that a vast majority of migraineurs cannot function properly during a migraine attack, which impairs their work performance and social activities.

Migraines are a very common and serious health issue affecting many US adults and children. The migraine statistics indicate that this type of chronic pain seriously impacts migraineurs’ work and personal relationships. In addition, it’s linked to stress and anxiety, which can lead to many physical and mental diseases. Hopefully, you and your loved ones now have all the facts to better understand the severity of migraine attacks and help you deal with them.

Ljubica Cvetkovska is a writer and researcher who enjoys spending most of her time between the pages of her favorite books, or immersed in her writing. With a background in English literature, she prides herself on delivering content which is well-researched and backed up by relevant data. Her interests include health and lifestyle and she hopes that her knack for writing will teach people about the importance of living a full, healthy life. When she's not working, she is known to binge-watch a TV show or two or hit the gym, which doesn’t happen that often.

Alcohol and Sleep: Are They Friends or Foes?