Snoring is so prevalent that we usually don’t give it much thought. However, it deserves much more attention than it gets. Besides being annoying for people who sleep with snorers, snoring can be a sign of a much more serious sleep disorder that can lead to a number of health issues. With this in mind, we compiled a list of relevant statistics and facts about snoring, which will hopefully help put the spotlight on this potentially dangerous problem. 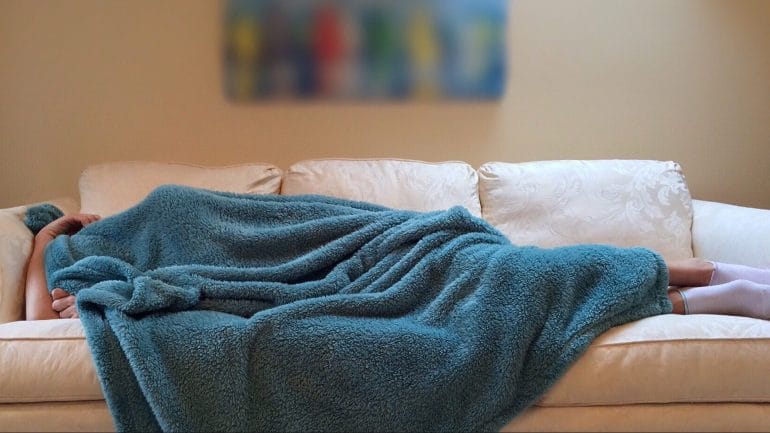 1. Snoring can happen during any stage of sleep.

Snoring occurs during sleep when your soft palate and uvula vibrate while you’re breathing in, producing harsh snoring sounds. There’s no rule about which stage of sleep you’ll start snoring.

2. The volume of an average snore is 38 decibels.

This level of noise is somewhere between a quiet rural environment and bird calls. So why do some people complain that their partner’s snoring keeps them awake? Look at our next piece of information.

3. The loudest snore ever recorded was 120 decibels.

This noise level can be painful to a human ear since it’s as loud as a chainsaw. What’s more, it’s a bit louder than an emergency vehicle siren, which reaches 115 decibels. Have you ever asked the question, Why do I snore so loudly? There’s a simple explanation. The more relaxed the tissues in your throat are, the more narrowed your airway is. Consequently, the relaxed tissues vibrate more and produce louder sounds. Did you know that Tom Cruise sleeps in a sound-proof “snoratorium” because of his loud snoring? You can find this and other fun facts in the infographic titled Bizarre Sleeping Habits of Famous People.

4. Snorers are at an 80% higher risk of having a resistance to insulin.

This fact shouldn’t be neglected considering that insulin resistance is a prediabetes state. Therefore, snoring can be considered a risk factor for type II diabetes. This is one of the reasons it needs to be treated. Everyone should try some simple snoring solutions first that include certain lifestyle changes. For example, losing weight, changing your sleep position, and reducing alcohol consumption can all help.

The American Sleep Association introduced the annual Stop Snoring Day to raise awareness about this sleep problem and the related sleep disorders that might have severe health consequences. March 24 has become devoted to snoring.

6. Almost half of adults snore at some point in their lives.

According to some stats, 45% of people snore at least sometimes. This fact clearly indicates how widespread this sleep problem is.

(The Canadian Society of Otolaryngology – Head and Neck Surgery)

Considering that one in four adults will be a habitual snorer, this problem definitely deserves great attention. Besides affecting the sleeper’s sleep pattern and depriving them of proper rest, snoring can be associated with sleep apnea, a serious sleep disorder.

(The Canadian Society of Otolaryngology – Head and Neck Surgery)

According to snoring stats, both men and women get affected by this sleep problem. Also, snorers can be found in all age groups.

Some people snore only occasionally—for example, when they catch a cold. However, a huge number of adults snore almost every night.

10. 37% of adult Americans snore a few nights a week or even more frequently.

Respondents in the National Sleep Foundation’s poll were asked how often they snore. According to adult snoring statistics, in addition to the 37% who snore at least a few nights a week, 27% of adults snore every night or almost every night.

When it comes to snoring, there’s a great difference between genders. Women are less likely to snore than men. Males were more likely than females to report snoring at least a few nights a week.

12. Women who snore are usually shorter and heavier than those who don’t.

This piece of information is in line with the fact that overweight people are more likely to snore.

13. Women are more likely to snore during pregnancy.

So what causes snoring in females during pregnancy? The two major reasons pregnant women tend to snore are nasal congestion and weight gain. Although snoring during pregnancy is generally harmless, it can be associated with gestational diabetes, high blood pressure, and sleep apnea.

It’s interesting how many people don’t realize they snore. Although their partners complain about the nocturnal noises, a lot of snorers aren’t aware of their problem. 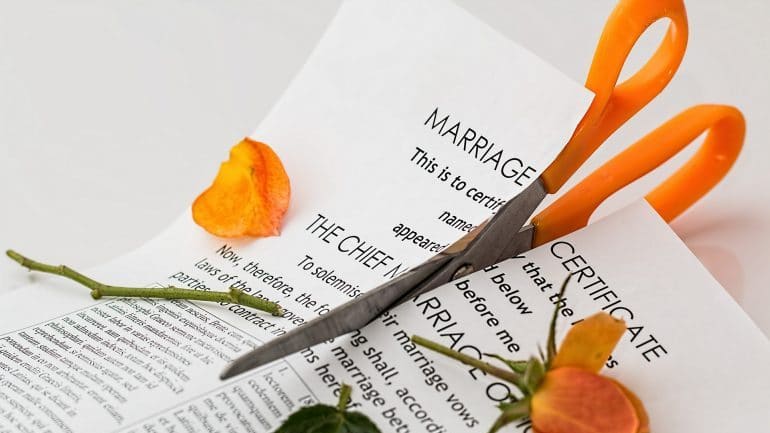 15. Snoring is the third leading cause of divorce in the US.

According to snoring divorce statistics, the two major leading causes of divorce, infidelity and financial issues, are followed by this sleep problem. This shouldn’t surprise you if you know that most couples end up sleeping in separate rooms because of snoring. Obviously, this rattling noise is a great nuisance, which is proven in some UK studies: 80%–90% of people sleeping with a snorer have trouble achieving REM sleep.

16. Women whose partners snore are more likely to have insomnia.

Women sleeping with snoring partners are three times as likely to have insomnia symptoms than those whose partners don’t snore. So trying some snoring home remedies, such as sleeping on your side or using nasal strips, may positively affect your marriage.

17. 2 out of 3 adults claim that their partner snores.

It’s shocking how much this common sleep habit can affect a relationship. According to some studies, a high percentage of couples argue because of snoring.

18. 56% of partners sleeping with a snorer claim that snoring has an adverse effect on their wellbeing.

These kinds of snoring stats come from a survey conducted by the Australian Sleep Health Foundation. According to their findings, 40% of respondents complained that their snoring partners affected their mood. Also, 23% of them said that mating possums produce less annoying sounds than their partners.

This sleep problem gets more common with age, which is confirmed by the fact that 40% of middle-aged people snore.

It’s interesting that men are more likely to snore as they get older, but after the age of 70, they become less likely to have this problem. Maybe snorers experience more health issues due to snoring, meaning maybe they don’t as easily reach old age. However, there’s no scientific evidence for this claim.

21. About 1 in 3 older adults will snore at least a few nights a week.

This was revealed by the National Sleep Foundation’s poll, which surveyed adults aged 55–84.

Although snoring is often a sign of sleep apnea, not all children who snore have this sleep disorder. Some of the common snoring causes in children are respiratory infections and allergies.

If a child snores on a regular basis, the parents should pay attention to other symptoms of sleep apnea, such as pauses in breathing, snorts, and restless sleep. It’s always best to consult a doctor or sleep specialist in these cases.

According to a survey carried out at a California university, men are more likely to snore than women, which is in line with other snoring statistics from the United States. The same study found out that Asian students are the most likely to snore.

25. 70% of snorers claim that this problem runs in their families.

Snoring can be caused by both lifestyle and genetic factors. Some of the things that people can inherit related to snoring are enlarged tonsils, large adenoids, a long soft palate, and a long uvula.

People with excess weight are more likely to have bulky throat tissue, which leads to snoring. That’s why one of the snoring remedies that work is losing excess weight.

27. People are more likely to snore when sleeping on their back.

Due to gravity, the tongue and soft palate can more easily fall to the back of the throat in this position and thus partially close the airway. In order to prevent snoring, it’s best to sleep on the side.

28. Consuming alcohol or other depressants can increase the risk of snoring.

Alcohol and other depressants relax the throat muscles, so they can easily collapse and close the airway. That’s why before any medical treatment for snoring, doctors advise their patients to avoid taking these psychoactive substances.

29. Having a cold or an allergy makes people more prone to snoring.

Both colds and allergies can cause nasal congestion, which leads to airway obstruction and snoring. 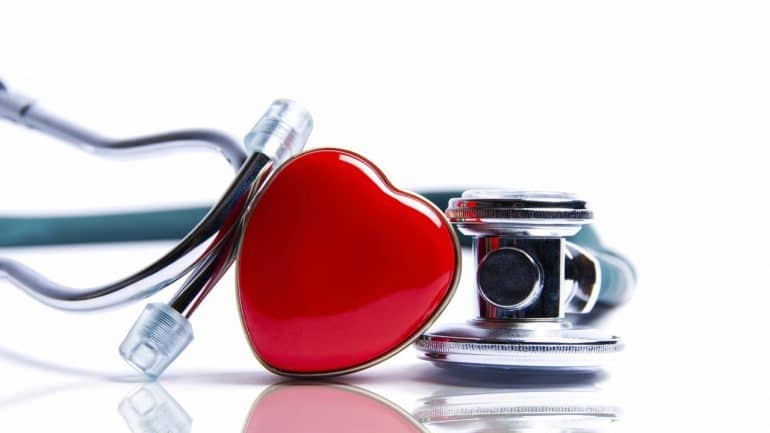 30. Daytime dysfunction is one of the most common adverse effects of snoring.

Many snorers experience daytime sleepiness, so they are often unable to concentrate or think clearly while they’re awake.

31. Habitual snorers have a 5 times higher risk of heart disease than those who snore only occasionally.

According to additional stats about snoring, people who habitually snore are also at greater risk of developing hypertension, having a stroke, developing type 2 diabetes, and having high cholesterol.

32. About 50% of people who snore loudly have obstructive sleep apnea.

Snoring is one of the symptoms of this sleep disorder. However, not all people who snore necessarily suffer from obstructive sleep apnea.

According to sleep apnea and snoring stats, almost 3 out of 10 habitual snorers have this sleep disorder. However, before going to see a doctor, people who regularly snore should look for other sleep apnea symptoms, such as snorting, choking sounds, and daytime sleepiness.

As you can see, snoring is the most common symptom of this sleep disorder. However, this symptom isn’t enough to make an accurate diagnosis since there’s a huge number of people who snore even though they don’t have obstructive sleep apnea.

A mandibular advancement device (MAD) is usually used when the tongue blocks the airway.

There are several surgical procedures used for treating snoring. They’re often used when other treatments don’t give any results.

37. 70% of people claim that a MAD helped their bedmates.

Treating snoring improves the sleep quality of both the snorer and their partner.

As you can see from these snoring statistics, this sleep problem is more prevalent than you can imagine. Not only does snoring prevent snorers and their partners from getting proper rest, but it’s also associated with severe health issues. Therefore, it’s of immense importance to raise public awareness about this common nocturnal habit.