31 Amazing Yoga Statistics: Find Out Why It’s So Popular

Yoga has many positive effects on our physical and mental health, from improving our posture and alleviating back pain to promoting mindfulness and reducing stress. Therefore, it’s no wonder that this 5000-year-old practice has gained in popularity in the last few years according to the latest yoga statistics. Long story short, we’ll let the numbers speak for themselves. 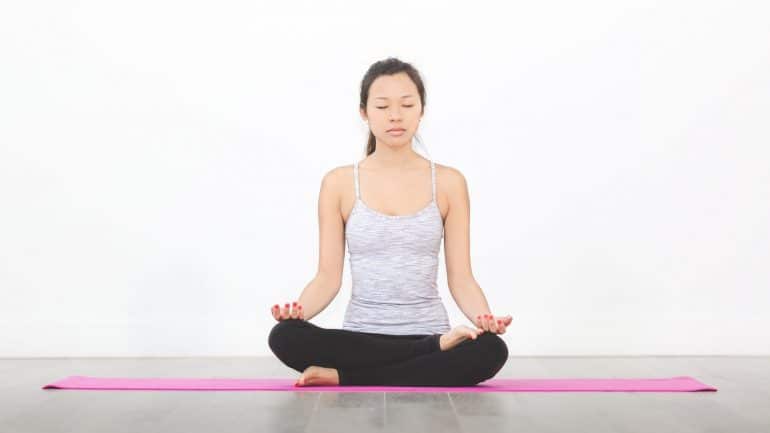 How popular is yoga in the United States? Find that out and more in this section on yoga in America.

Based on a recent study carried out by the Yoga Alliance and Yoga Journal, yoga’s popularity is on the rise—there were about 15 million yoga practitioners in the US in 2008.

According to the previous study’s results, the majority of this increase happened between 2012 and 2014, when the number of yoga students rose from 20.4 million to 36.7 million.

3. 28% of Americans have tried practicing yoga in their lives.

As the yoga stats reveal, yoga is a very popular activity among Americans. A vast number of them have at least tried doing it.

According to the 2016 Yoga in America Study, only 2% of them are advanced yoga practitioners.

5. About 1 in 3 respondents said that they were not likely to start practicing yoga within the next year.

This online survey included 864 respondents aged 18 to 69. At the time of the survey, they didn’t practice yoga.

6. It was forecast that over 55 million people would practice yoga by 2020.

In 2018, yoga was already among the top 10 fitness trends in the world. In addition, according to Statista, there would be a considerable increase in the number of US yoga practitioners by 2020. This goes to show that yoga popularity by country has grown and is continuing to grow.

Do more men or women practice yoga? In this section, we’ll be looking at gender and yoga.

Although yoga is equally beneficial for both men and women, many more women regularly practice this activity.

8. The number of men practicing yoga increased by 150% percent in 4 years.

Although the yoga facts indicate that the majority of US yogis are women, more and more men are becoming involved in this traditional practice. From 2012 to 2016, the number of male yogis increased from 4 to 10 million.

What age group does the most yoga? Here, we’ll find that out and more.

Unlike most physical activities, yoga has no age limit. Therefore, a lot of seniors enjoy practicing yoga, reaping all its benefits.

11. 1 in 12 children had practiced yoga within the past 12 months when surveyed.

In a national survey from 2017, children aged 4 to 17 were asked if they’d practiced yoga in the last 12 months, and about 8% of them said they had. 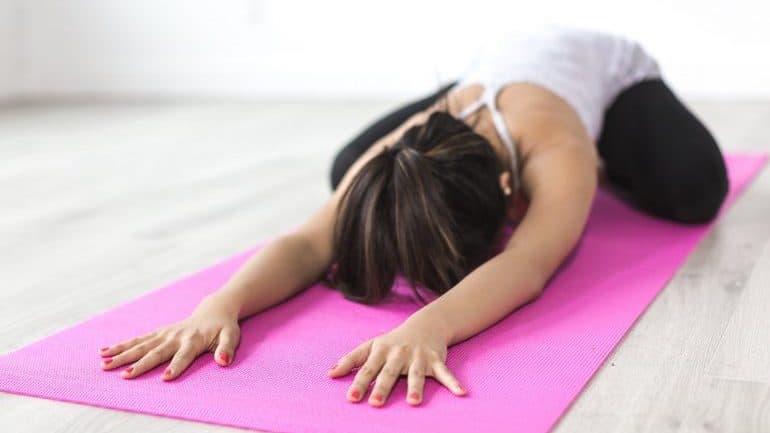 What is the life of a yogi like? In this section, we’ll explore the habits of yogis.

Maybe you’ve asked a question, How many times a week should I do yoga? As you can see, most yogis do yoga 2–3 times a week. The majority of them (34%) prefer doing yoga in the morning. On the other hand, 18% like to do their yoga session in the evening.

According to a Statista survey from 2016, the majority of yoga practitioners spend at least an hour practicing yoga every day.

You’ve likely heard that there are many benefits to yoga, but what exactly are those benefits?

Most people who practice yoga claim that this activity improves their mood, so they feel better when they leave the yoga studio.

16. A vast majority of yoga practitioners (94%) do yoga for wellness-related reasons.

A national survey from 2012 revealed that most yogis practice yoga for one of the following wellness-related reasons: to relieve stress, to improve their emotional state, to enhance overall health, or to improve sleep.

Based on yoga health statistics, practicing yoga makes people more motivated to lead a healthy life, and their diet is no exception.

18. A whopping 87% of elderly yogis said that yoga helped them with back pain.

Sarah Shone, a physiotherapist, introduced yoga in her rehabilitation program for back pain for people over 50. Most of the participants were satisfied since yoga reduced their back pain.

19. 54% of US yogis do yoga because it helps them release tension.

Since yoga can help us unwind, it’s a perfect activity for people with sleep problems. Therefore, it helps to make yoga a part of your regular routine if you want to reap all the benefits of sleep. But does yoga really help with anxiety? There are some studies suggesting that yoga can, in fact, help people struggling with stress, depression, and anxiety.

20. 59% of US yoga practitioners believe that yoga helps them sleep better.

One of yoga’s great benefits is that it helps people fall asleep more easily and it improves their sleep quality. This is because yoga is a very relaxing activity that helps people unwind and forget about the daily responsibilities that stress them out. If you’re one of the 40 million Americans suffering from chronic insomnia, yoga might be the solution to your sleep problem.

Can you injure yourself while practicing yoga? Can yoga help or worsen existing injuries? This section focuses on yoga injuries.

A study of 350 yogis from New York showed that practicing yoga can make existing pain worse, especially in the arms.

22. Yoga carries a lower risk of injuries compared to other physical activities.

23. In over a third of cases, pain that was caused by yoga lasted more than three months.

In addition, it was so severe that the injured person wasn’t able to practice yoga. Shoulders, elbows, wrists, and hands are most prone to getting injured while doing yoga. In order to prevent painful injuries, it’s best that yoga teachers warn their students to be careful and ask them about any previous injuries.

24. The highest injury rate is for people aged 65 and older. 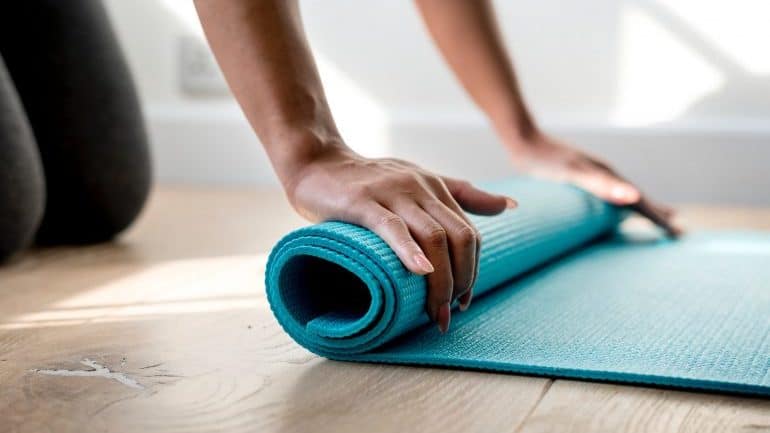 How big is the yoga industry? Find out in the following section.

26. An average yoga practitioner spends almost $90 a month on yoga.

This means they’ll spend about $62,000 over their lifetime on yoga classes and equipment. It’s interesting that some (6%) are even ready to spend over $100 on a memorable yoga experience.

There were 31 analysts watching this company and their prediction was only $0.88 per share. Clearly the yoga brand is doing well in 2020.

With the growing popularity of yoga come a number of new trends. Laughter yoga, hot yoga, immersive yoga, naked yoga, and beer yoga are just some of them.

In this section, we will be looking at yoga throughout the world.

According to the International Yoga Federation, about 300 million people practice yoga in the world.

Although Narendra Modi, an Indian politician, practices yoga in order to stay awake for long hours, this ancient practice can also help people fall asleep more quickly and wake up more rested. Besides being beneficial for our night’s rest, practicing yoga has a range of health benefits. With this in mind, it shouldn’t come as a surprise that an increasing number of people are doing yoga in all parts of the world. Although the yoga statistics in 2021 show that women are more involved in this ancient practice than men, yoga is suitable for both genders and all ages.

However, like all other physical activities, yoga can lead to injuries, so it’s best to consult with your physician before you go to your first yoga class. What’s more, always look for a certified instructor.

Where is yoga most popular in the world?

Rishikesh in India is known as the “yoga capital of the world” and is often considered to be the birthplace of yoga and where it all started. If you are a yoga fanatic, this is definitely the place for you to visit.

How big is the yoga industry?

What is the most popular yoga?

Hatha yoga is one of the most well-known and popular forms of yoga. It focuses on your body, breath, and your mind as well. It’s also great for beginners to yoga, which contributes to its popularity, according to yoga statistics. 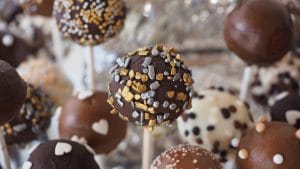 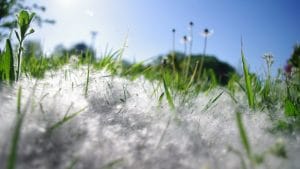 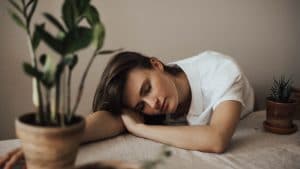 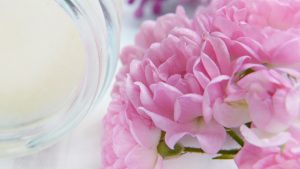 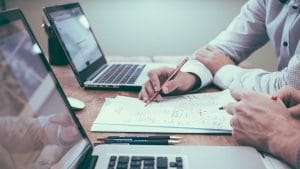